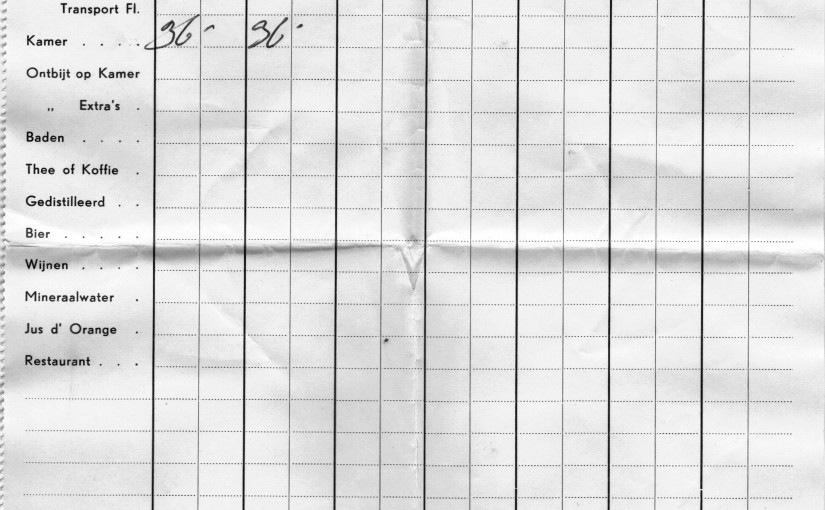 Uneventful flight from Paris to Amsterdam. Had a nice hotel in the middle of everything. It was probably an old castle or palace that was converted to a hotel. 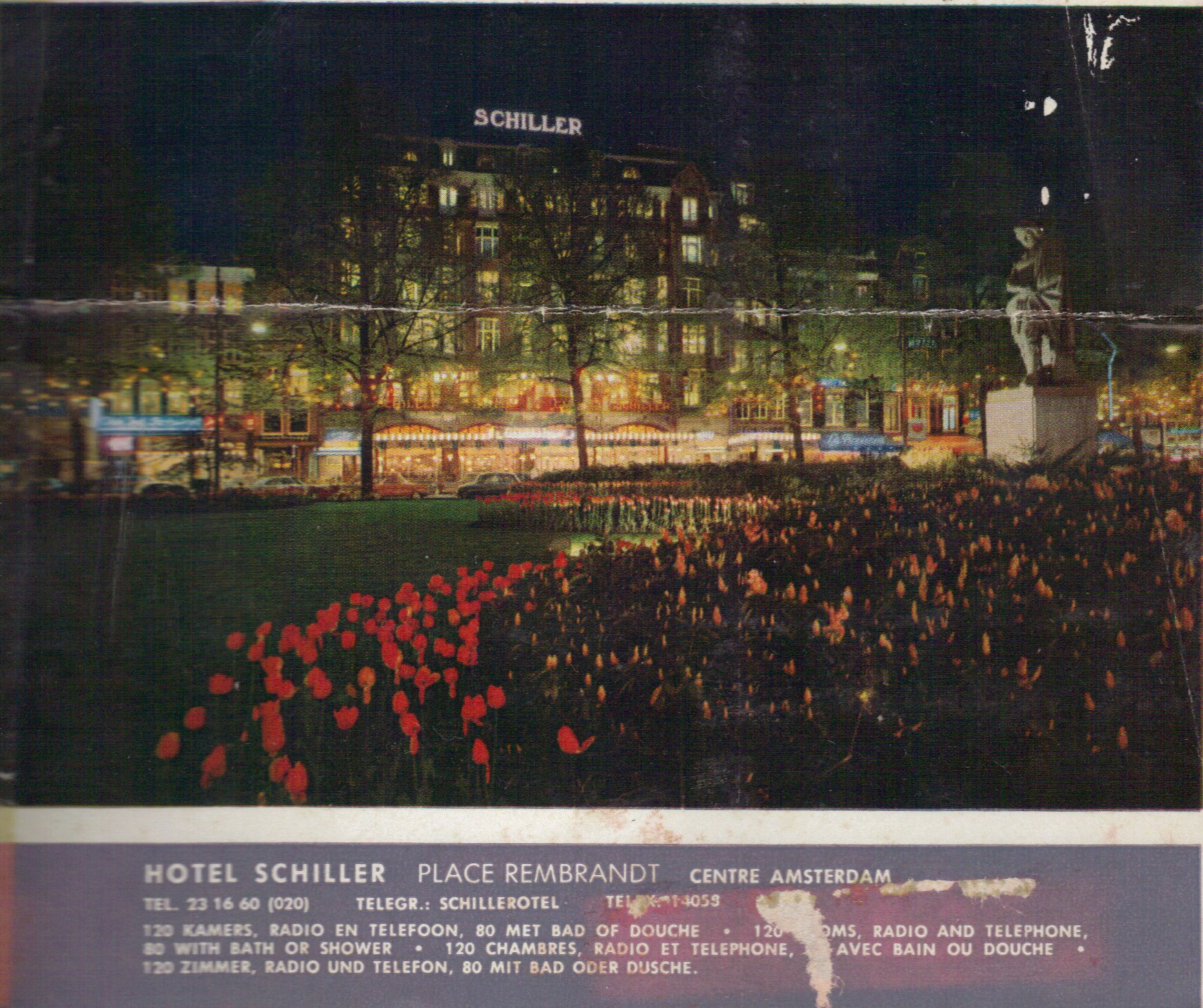 A picture of the Hotel with the little park in front of it.  Later we discuss how the “Rioters” and Police chasing them ran thru this park, but stayed on the paths. 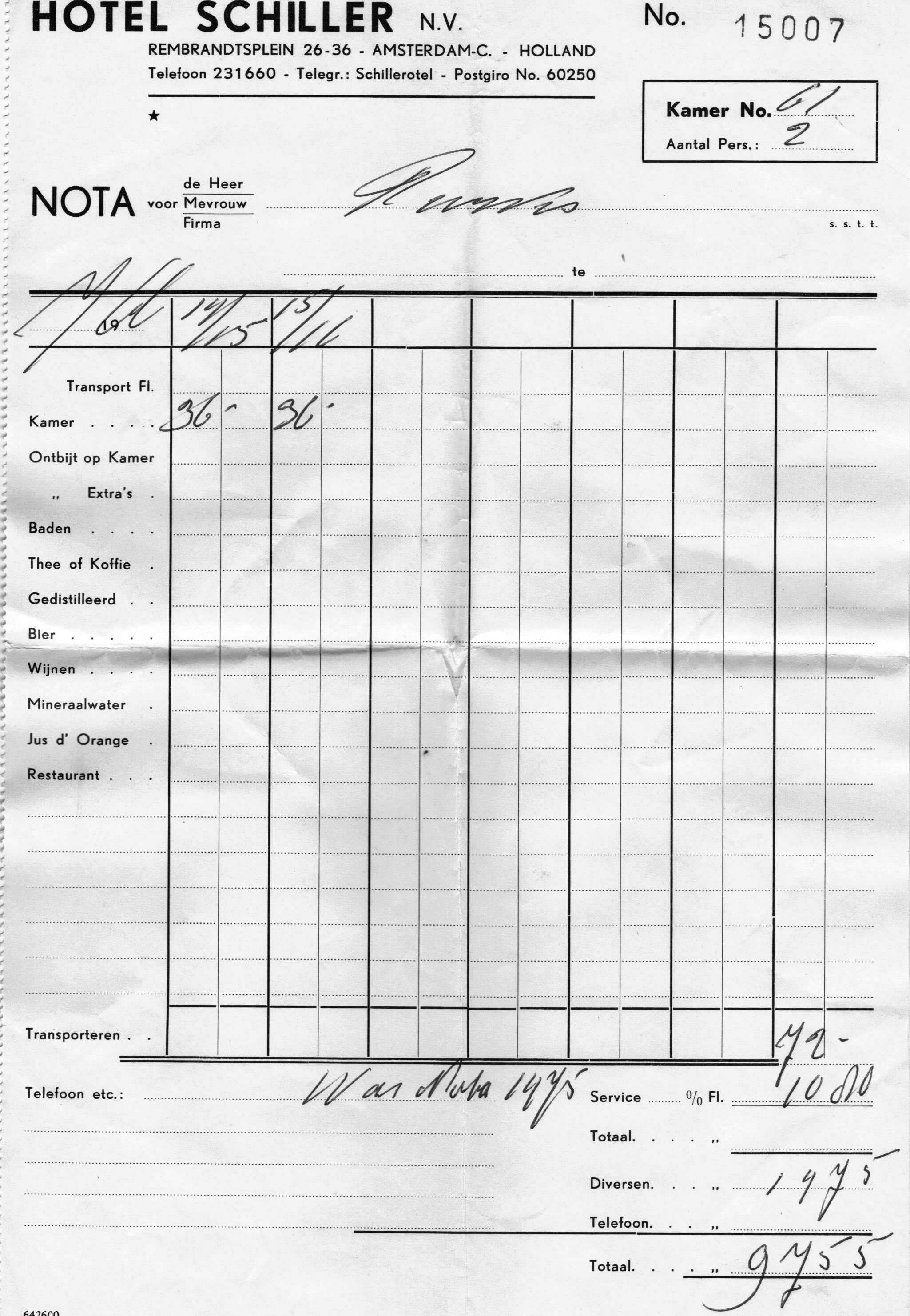 We wandered around Amsterdam, taking the ferryboats that let us see a lot. 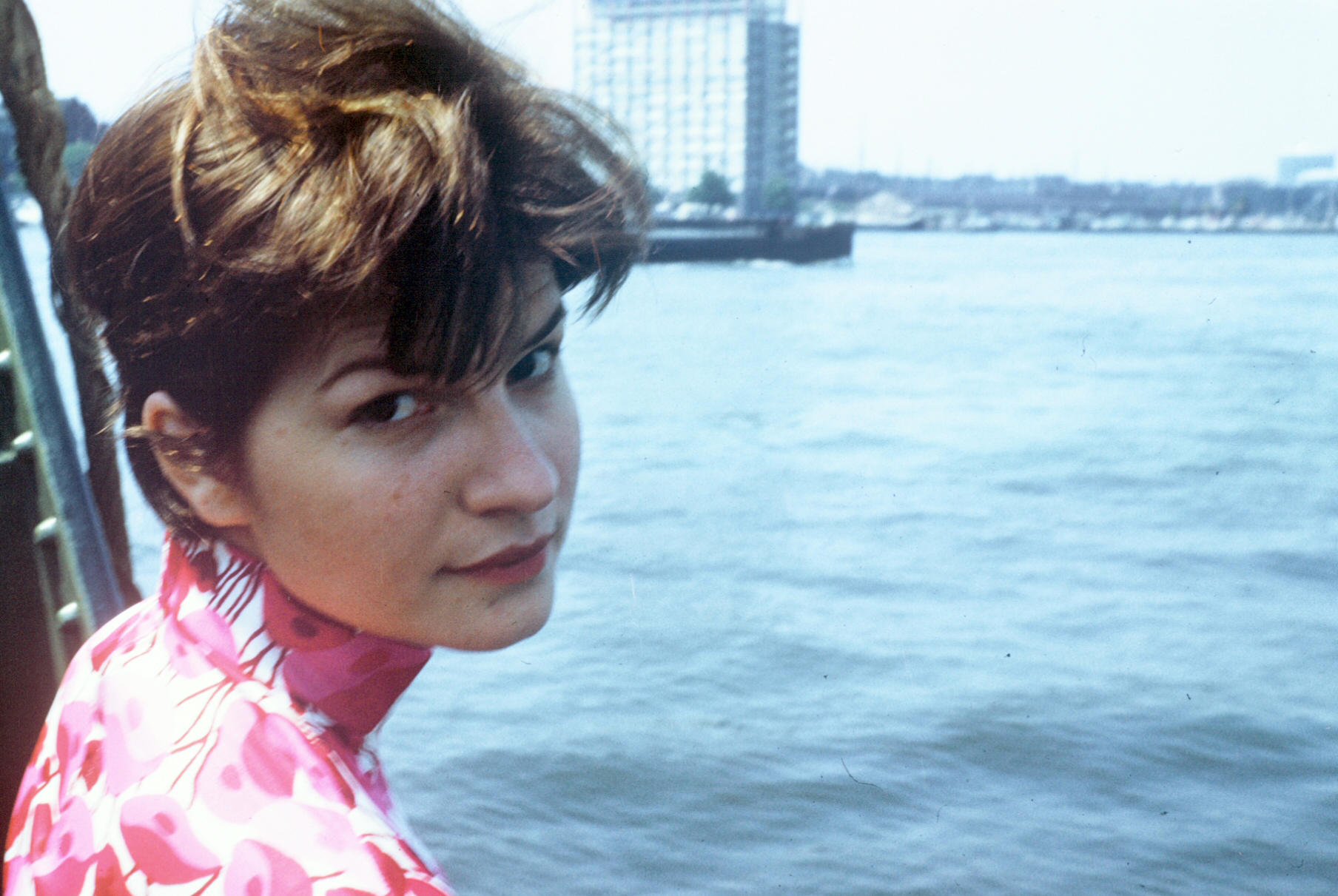 That evening we took a candlelight dinner cruise on a Canal Boat, with a guide to narrate and some entertainment. During part of the cruise the guide closed the plexiglass top to the boat (normally there in case of rain), explaining that the newspapers were on strike and the police had shot dead one of the strikers who was demonstrating.  He said some people were upset and might throw a brick or something into the boat.

Nice, enjoyable cruise. Good meal. Top taken back after guide decided that there was no problem. The cruise let us off at a hotel 7 or 8 blocks from our hotel. It was a beautiful night, so we decided to walk back to our hotel. A block or so on our way a group of about 6 or 7 police with the shields and batons came and told us it was not safe to be out due to the riots. Since we were determined to walk they offered to escort us back to our hotel, but we declined, so they went on their way. A block or so later a group of 8 or 9 college student age and older people came up to us and explained that it was not safe to be walking as the police were going around beating up people.  they offered to escort us back to the hotel so we would be safe. This happened twice again before we got to the hotel.

There was a little park in front of the hotel with walkways across it and very pretty flowers. We watched from our window as the police would chase the “rioters” into the park – both the “rioters” and the police stayed on the walkway – no one stepped on the grass or flowers.  We had a corner room and watched the rioters build a barricade across the street. The police would then charge the barricade. when they had it, they would leave and the rioters would come back. Great fun to watch.  About 2 or 3 that night everybody left and went to bed.  The next it was as if it had never happened.