Our Honeymoon – Salzburg to Vienna 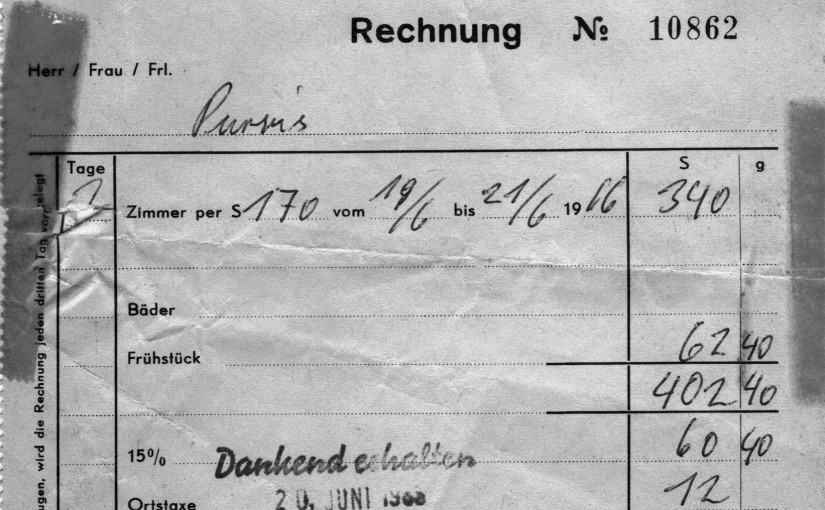 Our Honeymoon – Salzburg to Vienna

We left Salzburg early.   I took lots of pictures between Salzburg and Vienna, but they were of hop fields and villages and looking at them now are pretty dull, so I am not including any of them.

Joan really wanted to see the Lipizzaner performance at the Spanish Riding School so we wanted to get there in time to get tickets, etc.  First thing we went to an underground mall in front of the Opera House where there was a center where you could buy tickets. Unfortunately there were no tickets to be had for weeks – all performances were sold out. 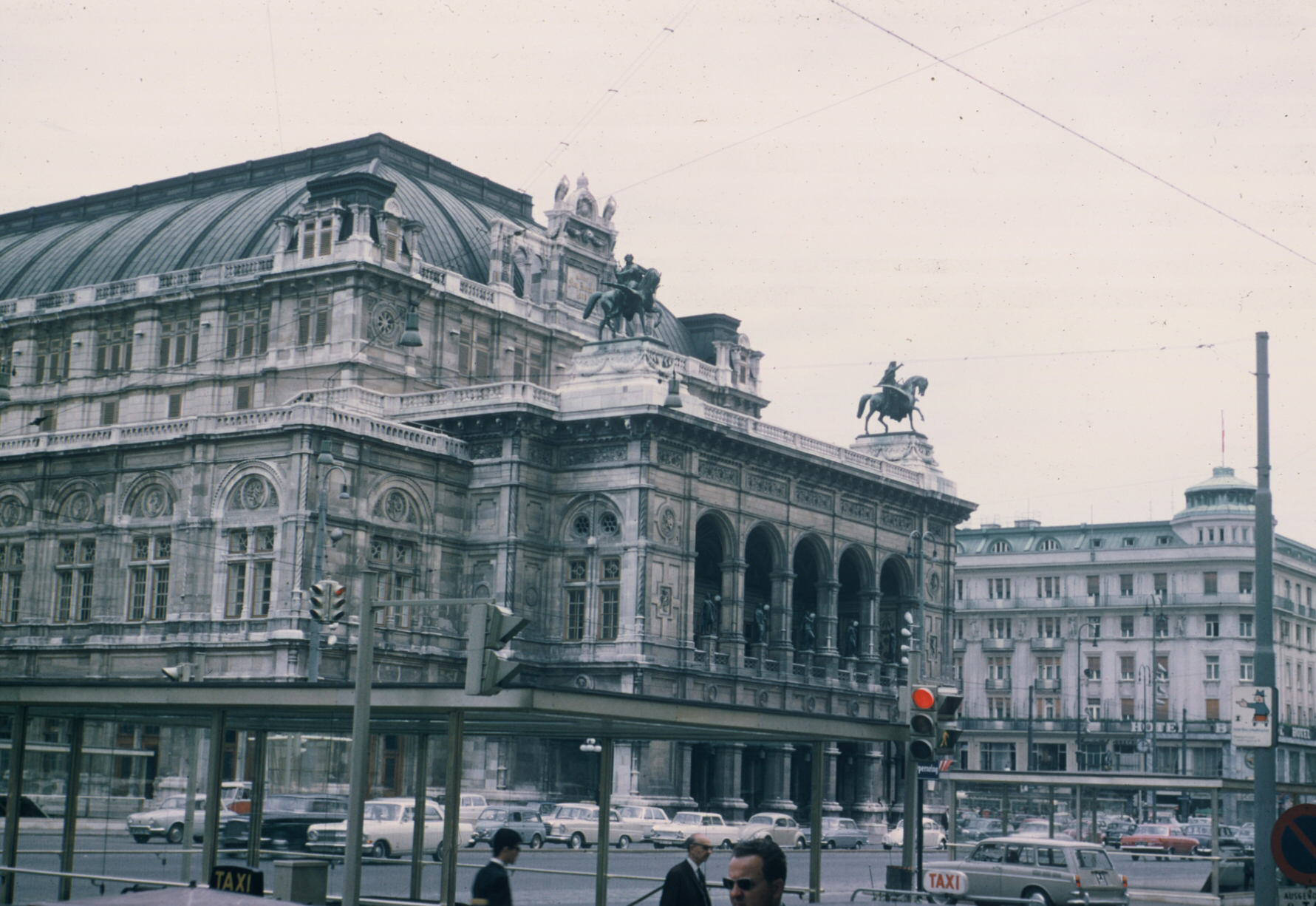 Vienna Opera House from top of stairs to underground mall.

Joan was heartbroken, but as we were leaving we met a really nice woman (a retired school teacher from Pasadena wearing tennis shoes who spent here summers in Vienna – there was a song about that out then). She told us that while the performances were all sold out that the next day, in the morning there would be a dress rehearsal that was even better than the performance and that we could get into that if we knew how. She told us to go behind the royal quarters, up and alley and to a specific door and to be there by a specific time and knock. She then told us what to tell the man who opened the door.

This will be continued tomorrow, when that day happens.

We also got the name of an excellent Viennese Hotel. So we went to the hotel and checked in. 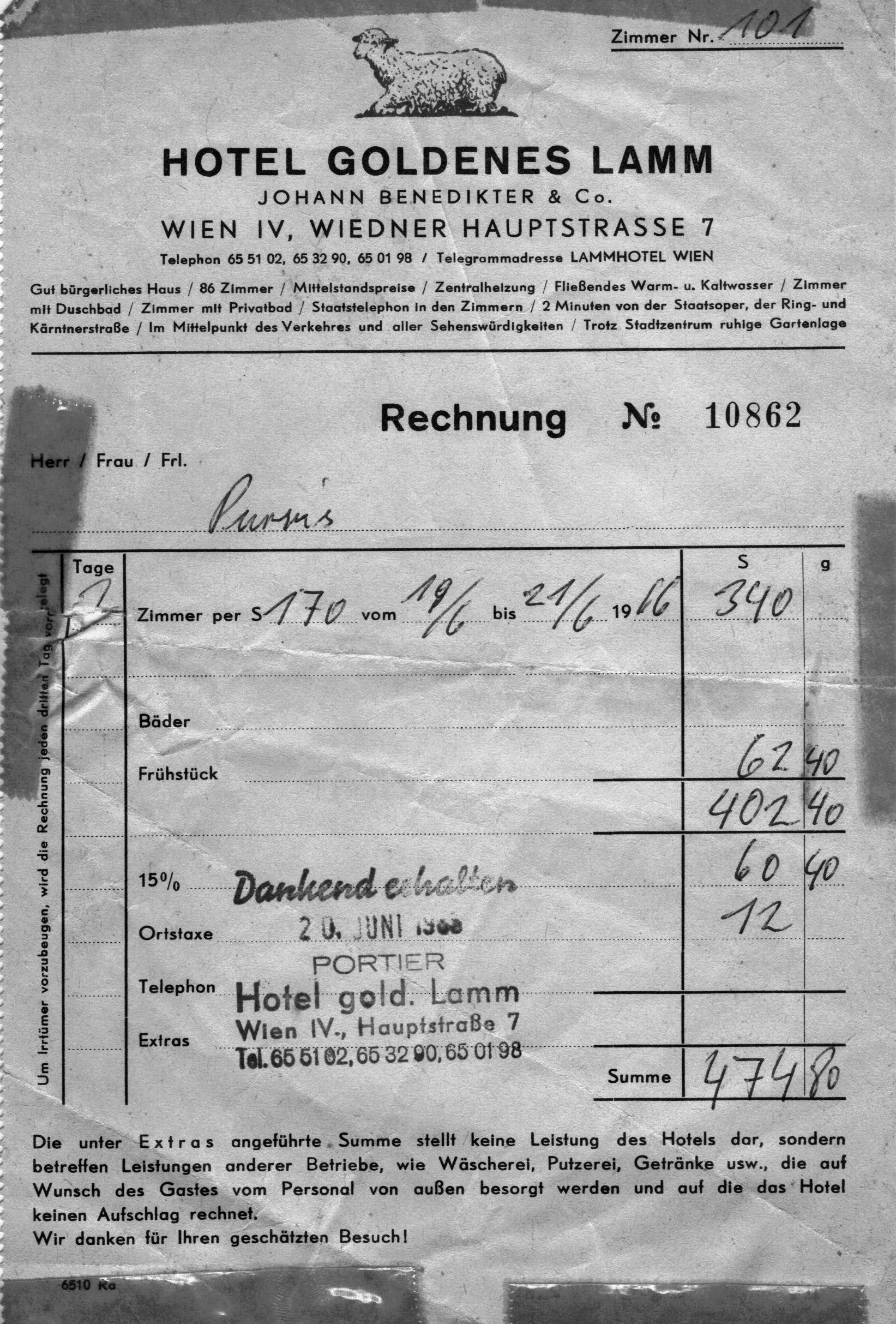 It was excellent. We got a room overlooking an indoor court.  In the pictures below, go to the one in the upper left hand corner. Our room was the one where you can see part of one of two windows in the upper corner. Hotel was really old, but very well maintained and clean. One of its claimes to fame was that Dvorak lived (stayed) there and wrote music there, including the New World Symphony. 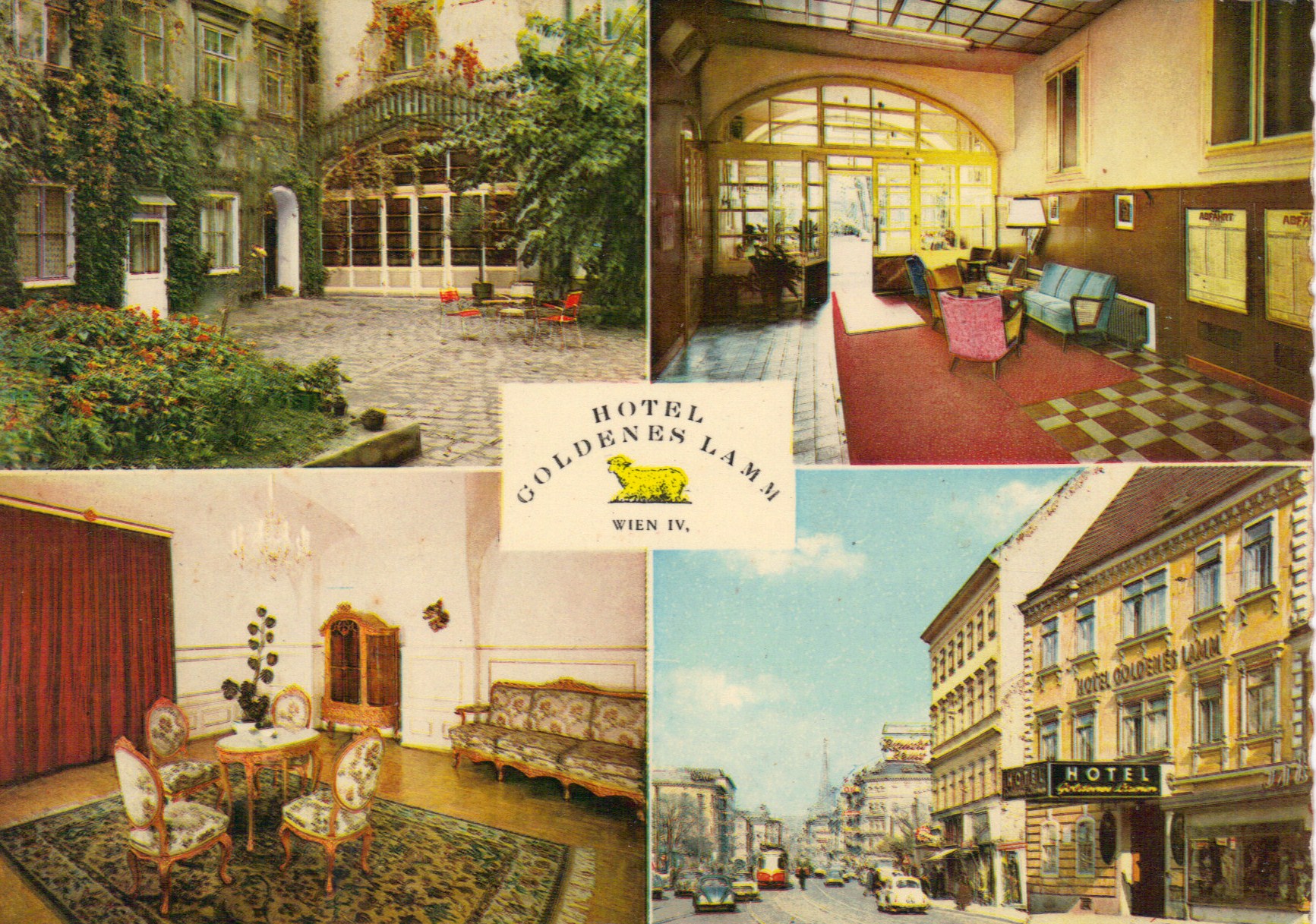 There was also a cat that lived there who was a refugee from Yugoslovia that Joan really liked. 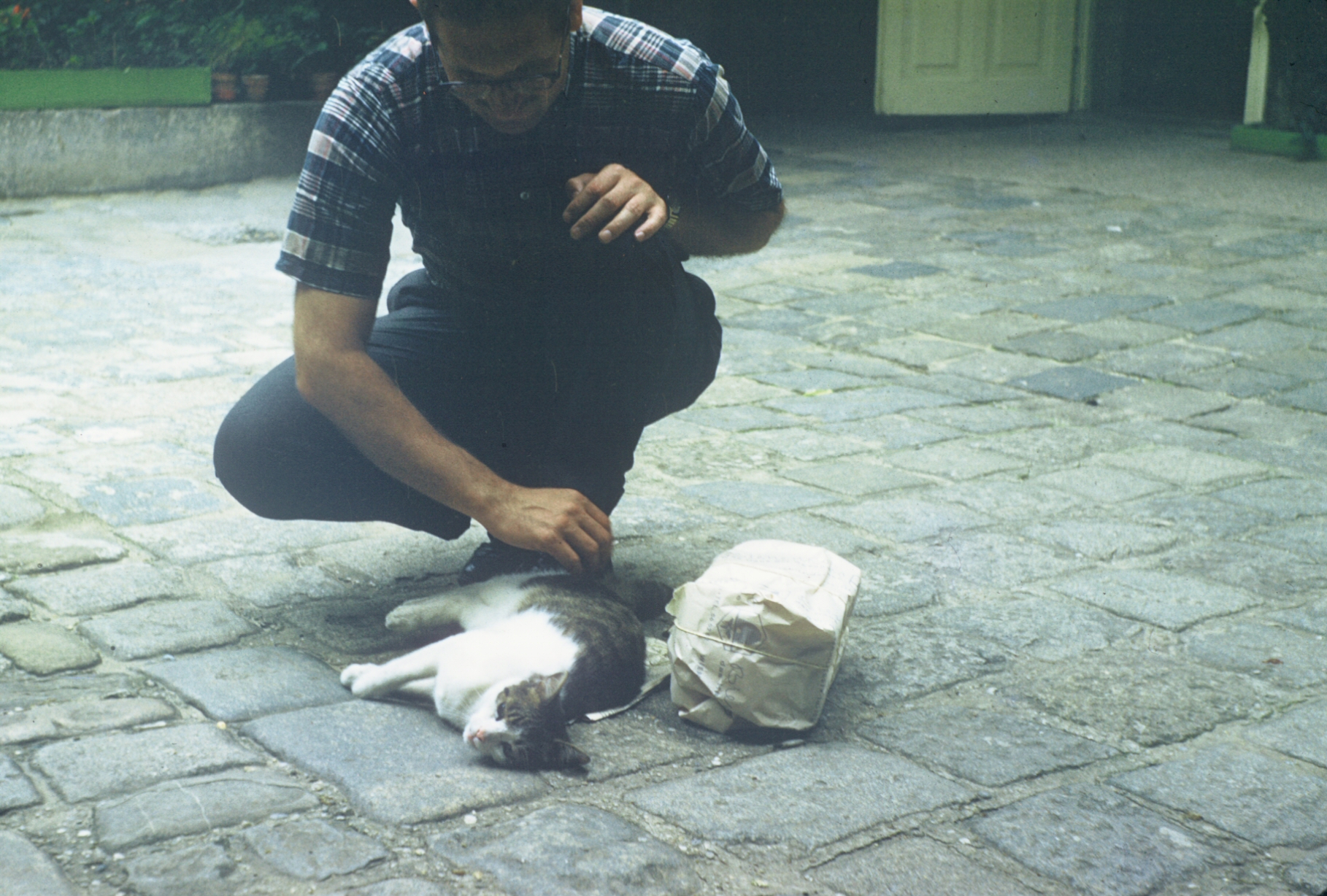 Next we went to the Big Ferris Wheel that is a Landmark of Vienna. 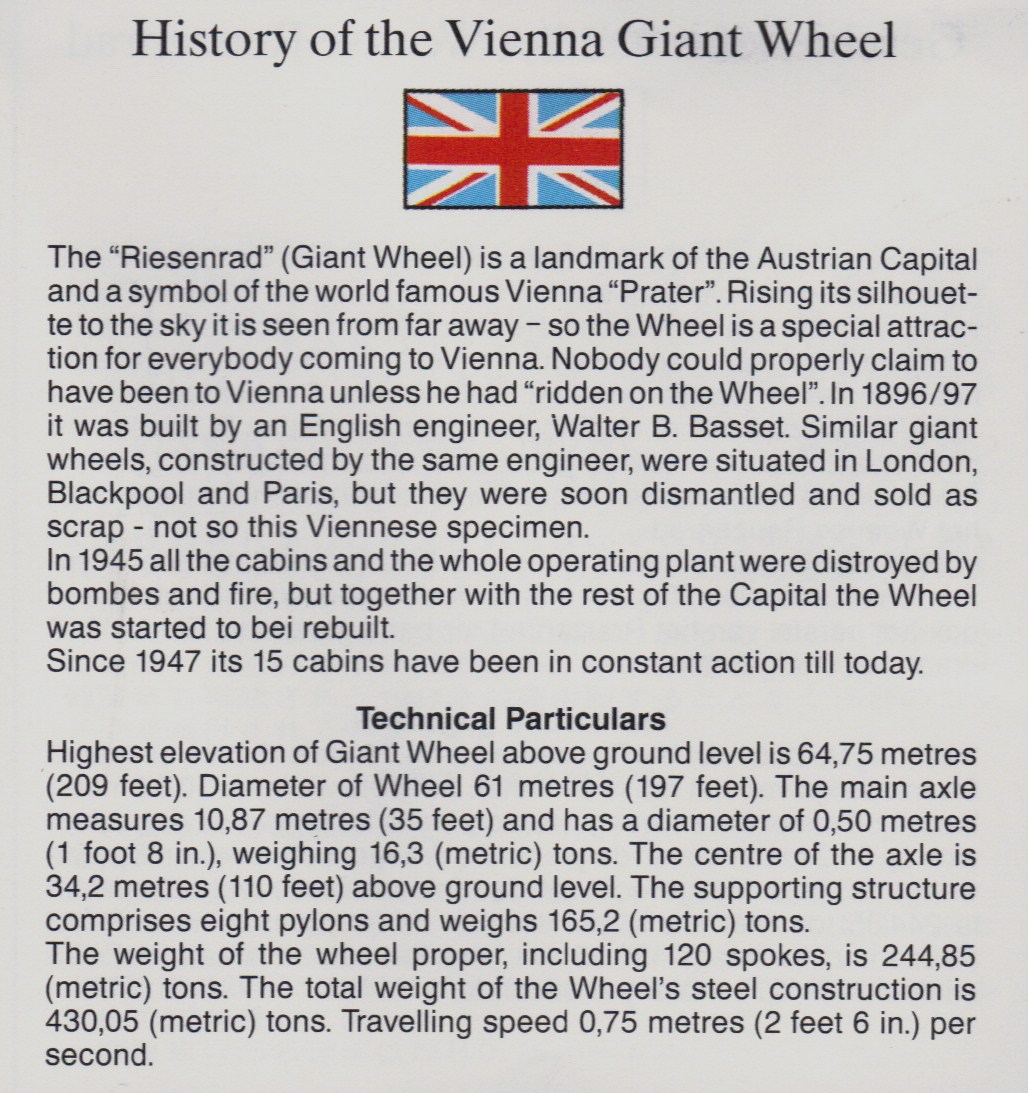 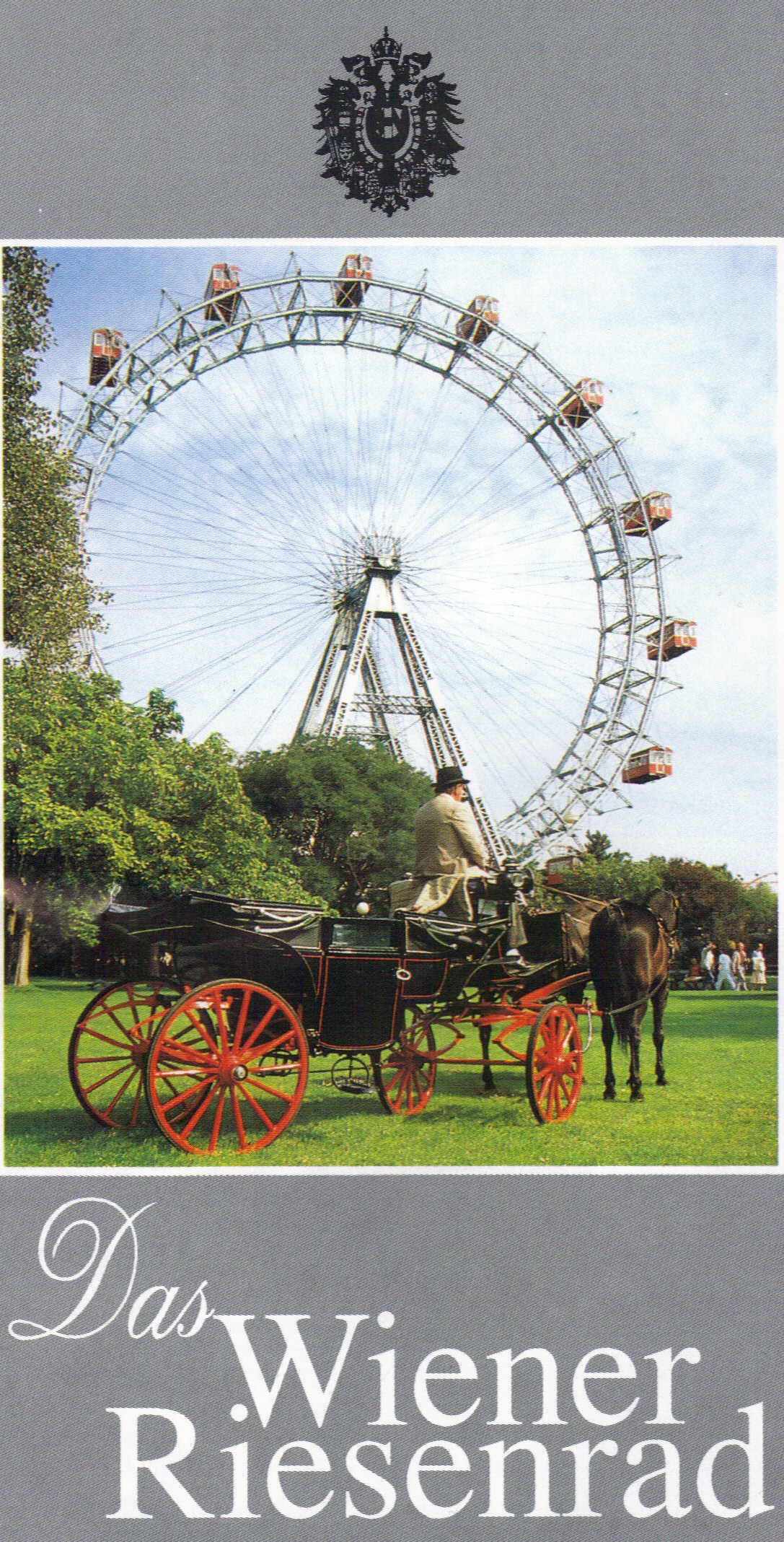 We rode it several times.  Joan’s Profile picture was taken here as were some others below. 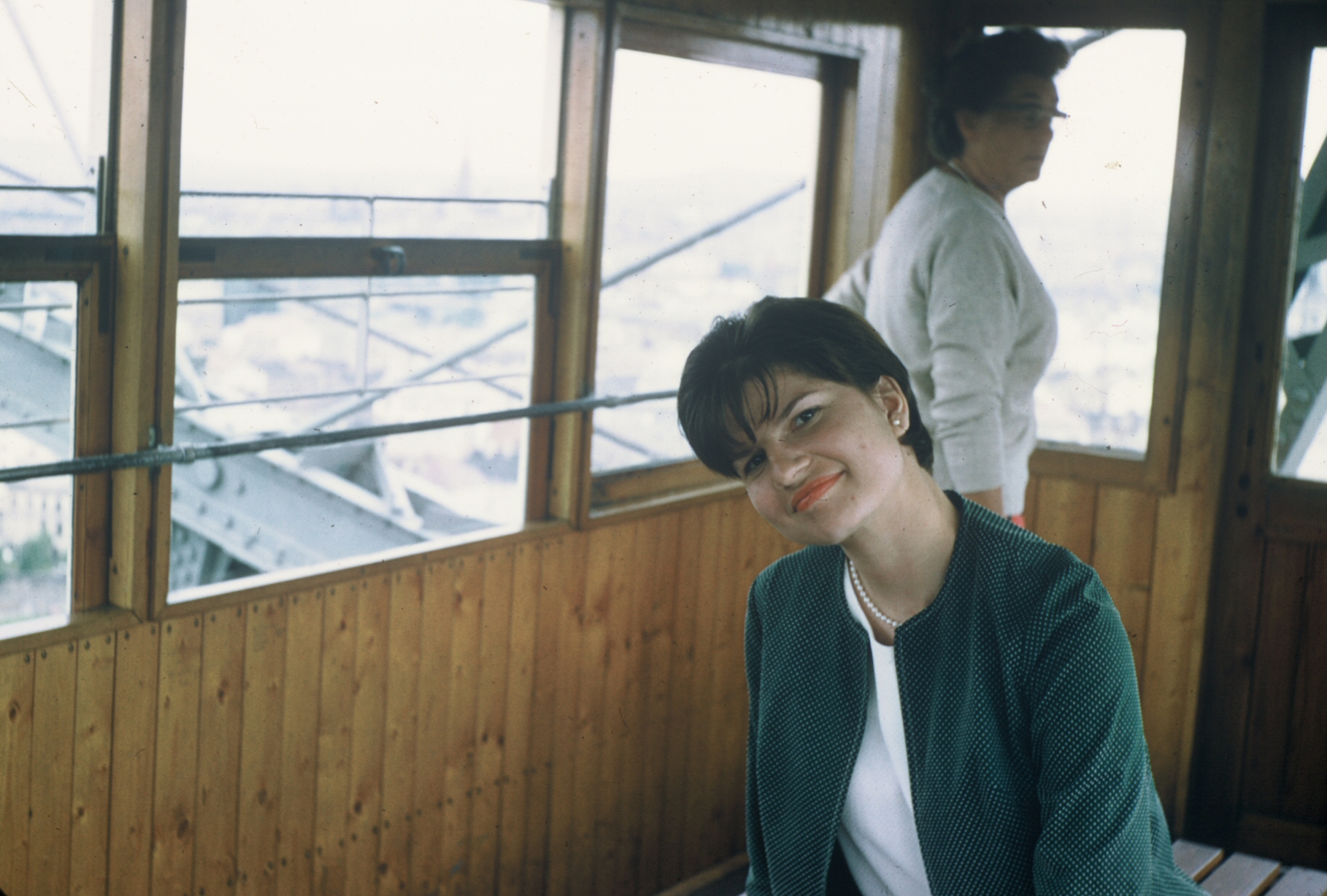 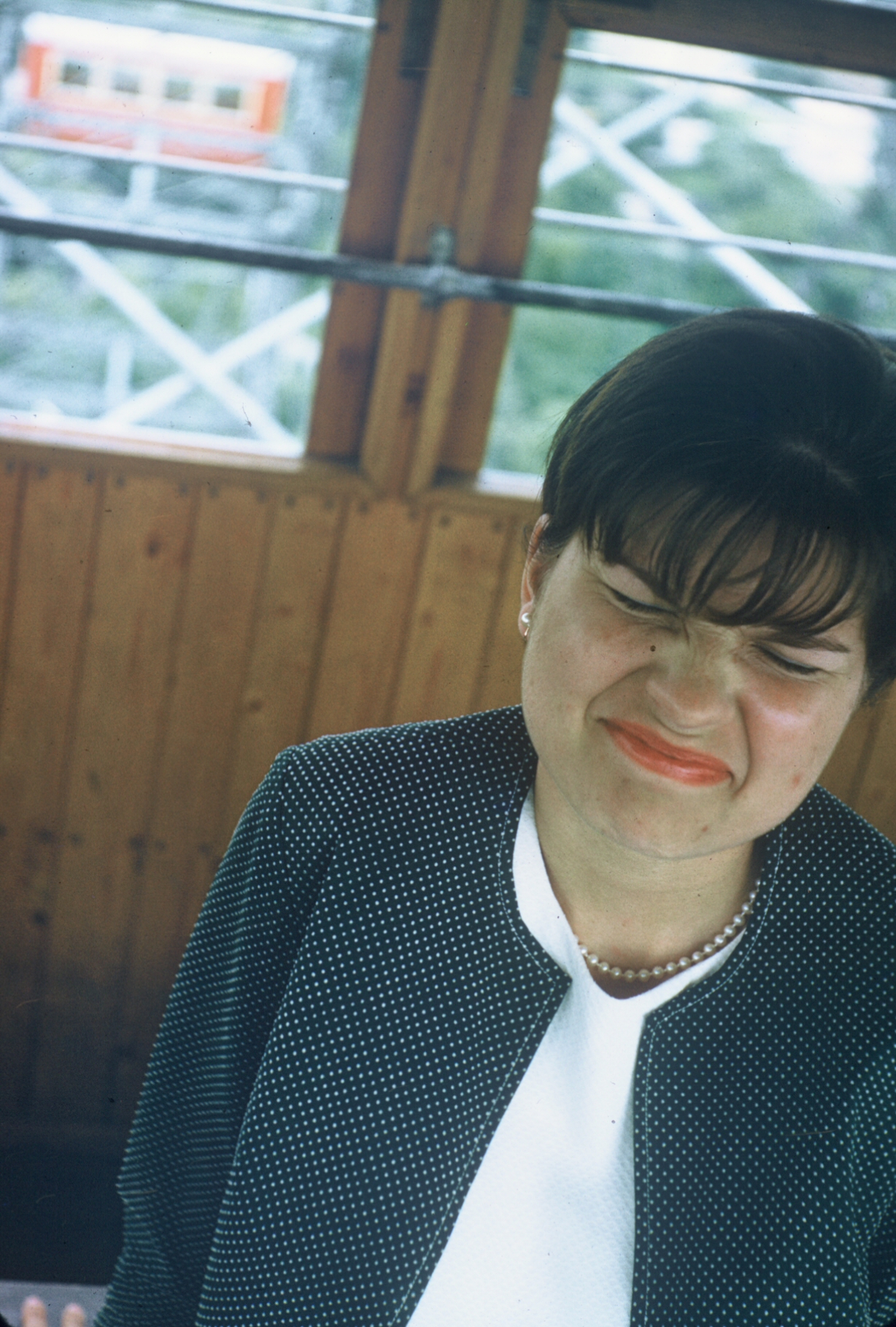 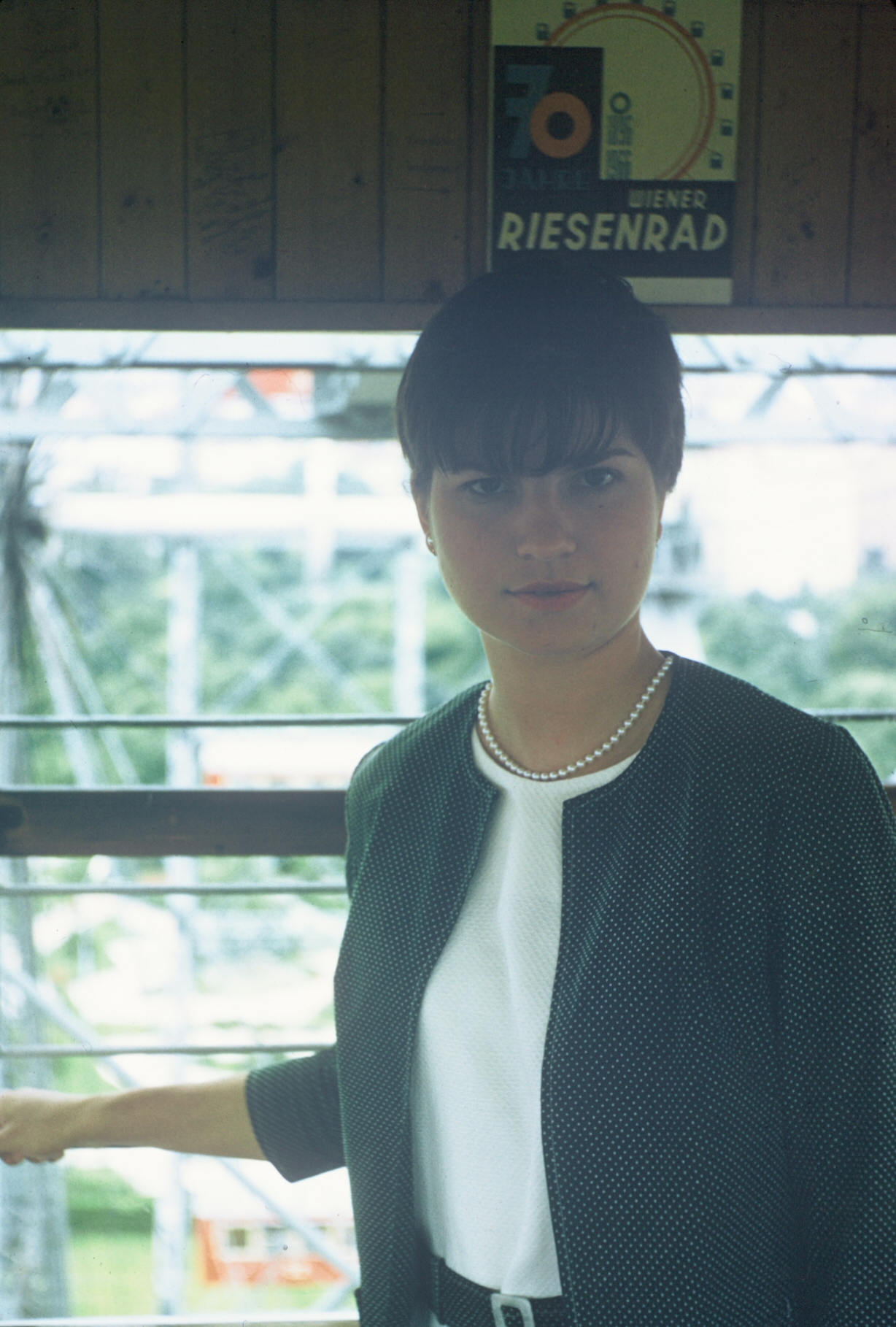 And Now for some pictures outside the cabin of the Wheel. 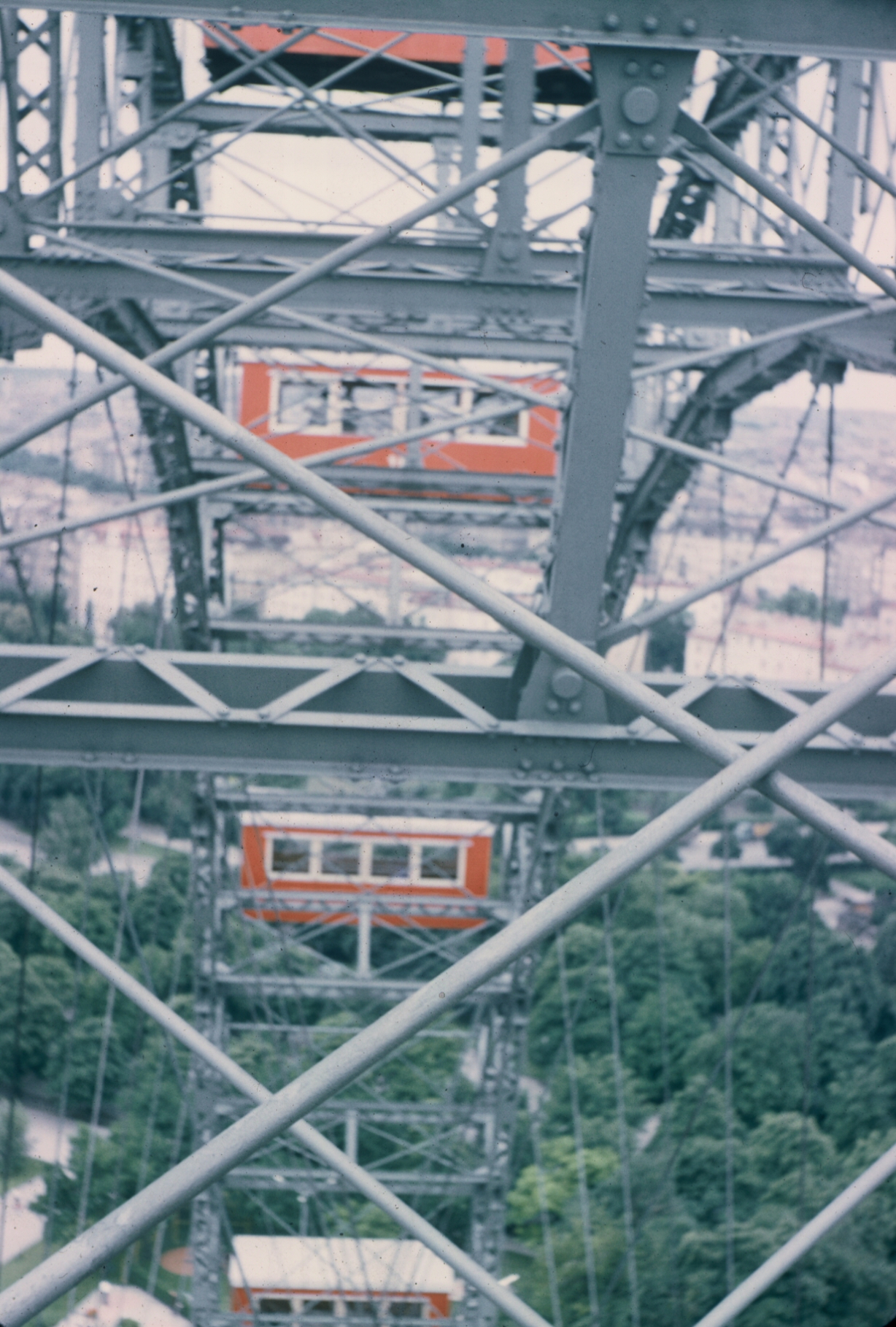 Pictures of Vienna from Giant Wheel 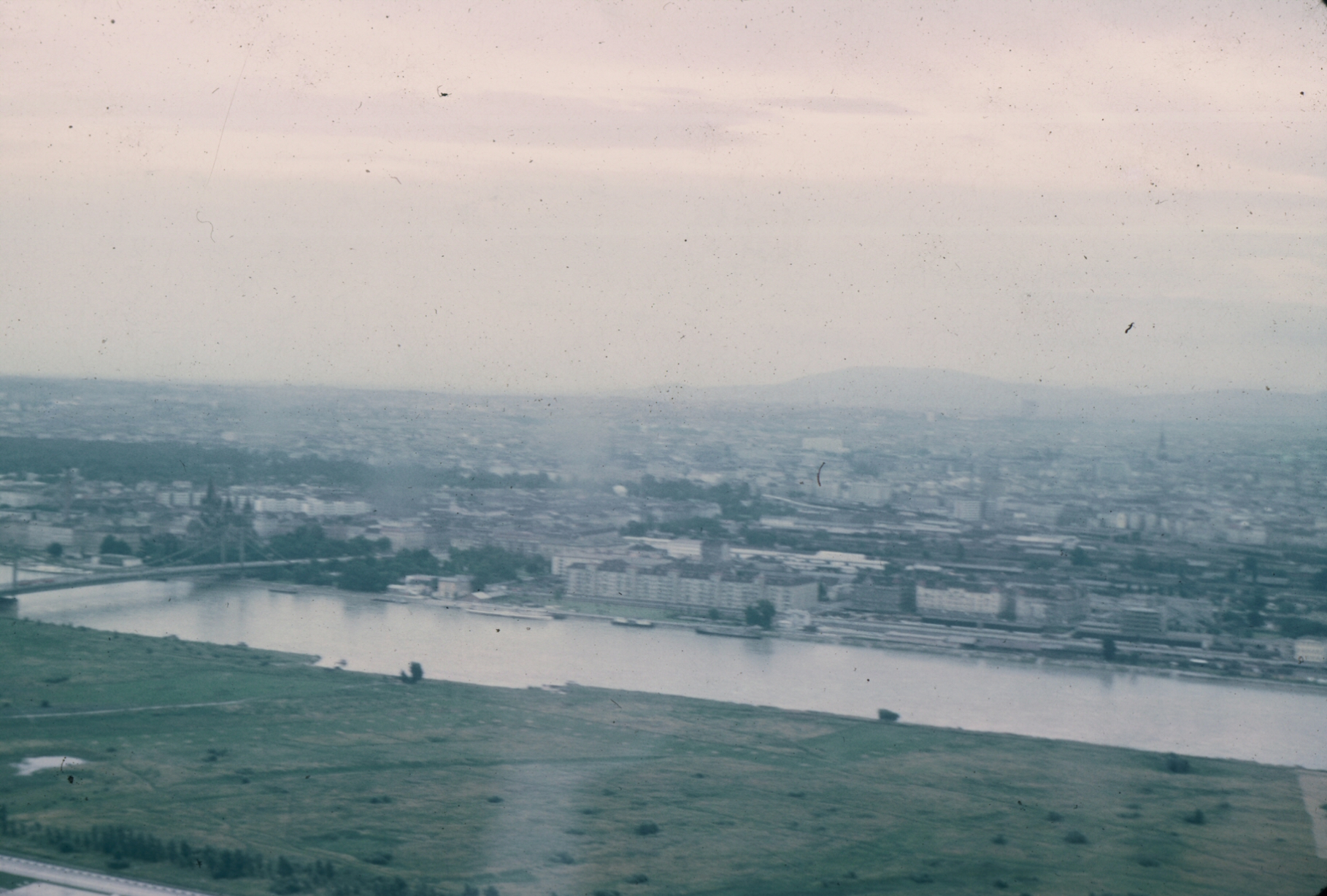 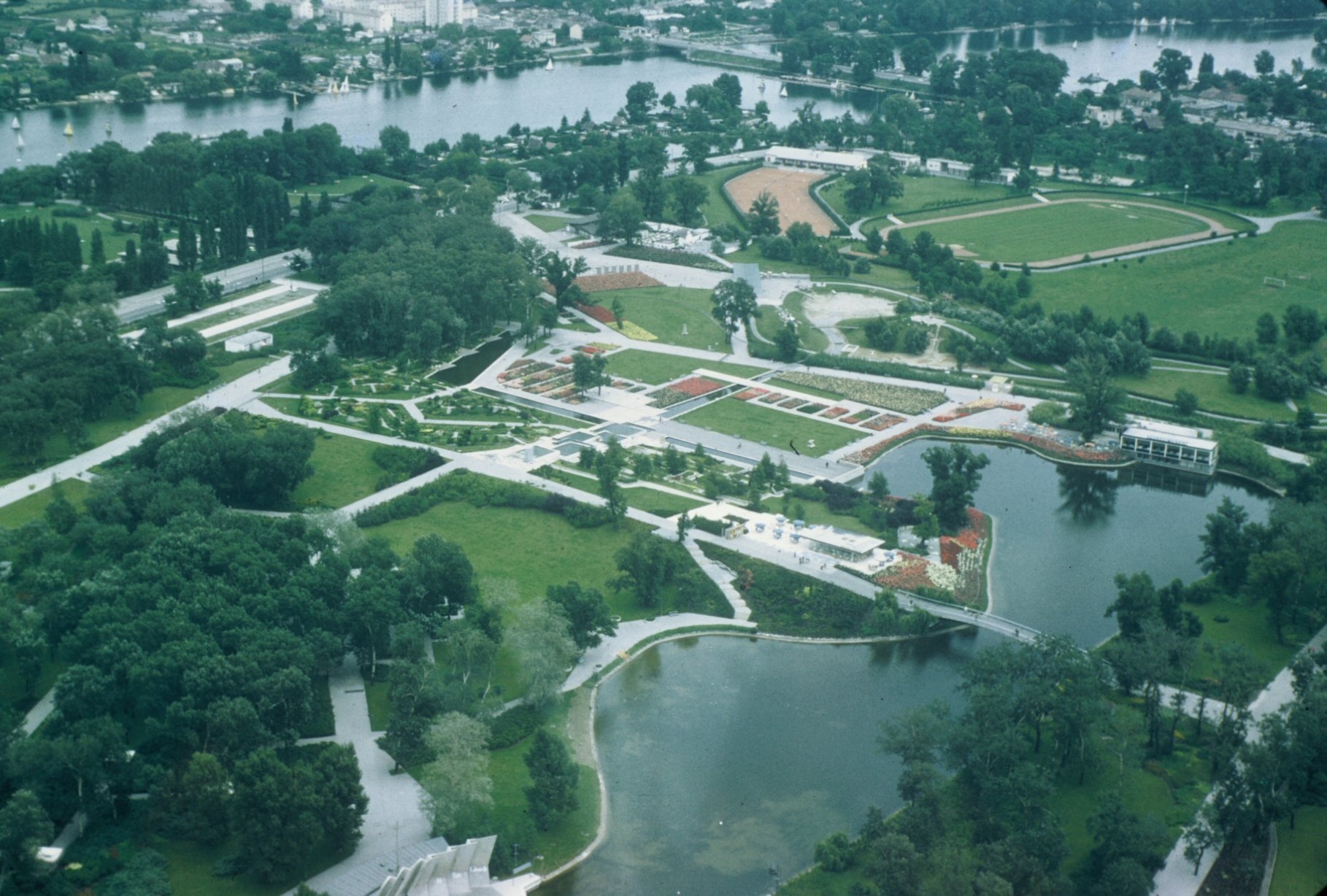 Then we went to the where we could see the Rathouse and Parliament Building. The name of the City Hall in Vienna is the Rathaus. 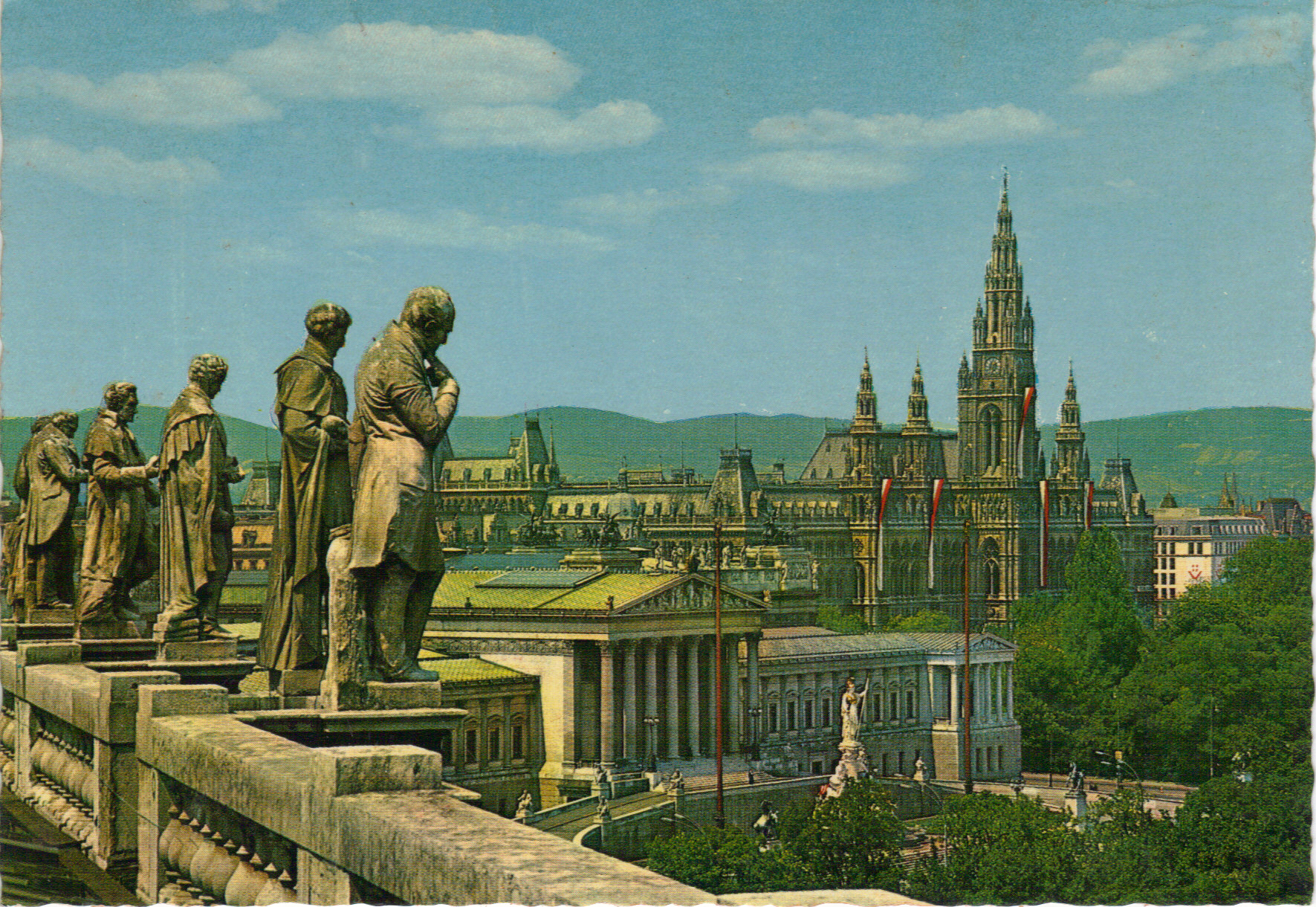 We walked around. Met a friend assigned to the IAEA and visited there. Went to a tower along the Danube. Had a great supper and to bed.