Our Honeymoon – On the way to The Berghotel Predigtstuhl 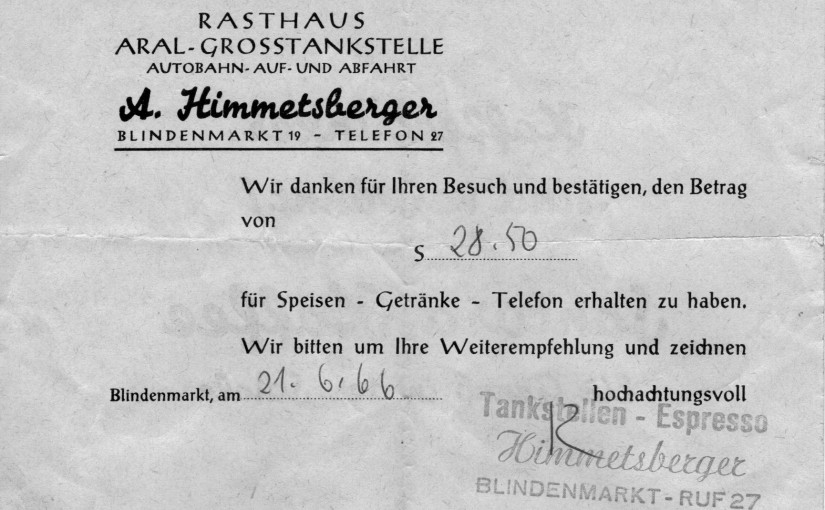 Our Honeymoon – On the way to The Berghotel Predigtstuhl

We left Vienna early the next day headed back to the coast. Our planned route was thru Innsbruck, up into Germany to see Neuschwanstein Castle, and then into Bavaria.  Ed wanted to stop by and see the Eagles Nest.  A very full day planned. and some great scenery. 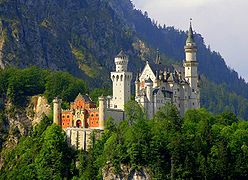 Neuschwanstein Castle from the base of the hill.

Although it is getting ahead of the flow, Joan and I went to Eastern Europe in 2000 (Vienna, Austria,  Romania, Hungary, Slovakia, The Czech Republic, Germany).  We stayed in Innsbruck and drove to Neuschwanstein Castle to see it again and the area around it.  The area was extremely touristy, built up with tourist type places, and parking was in a big lot and cost more than a night at a good hotel did on our honeymoon. 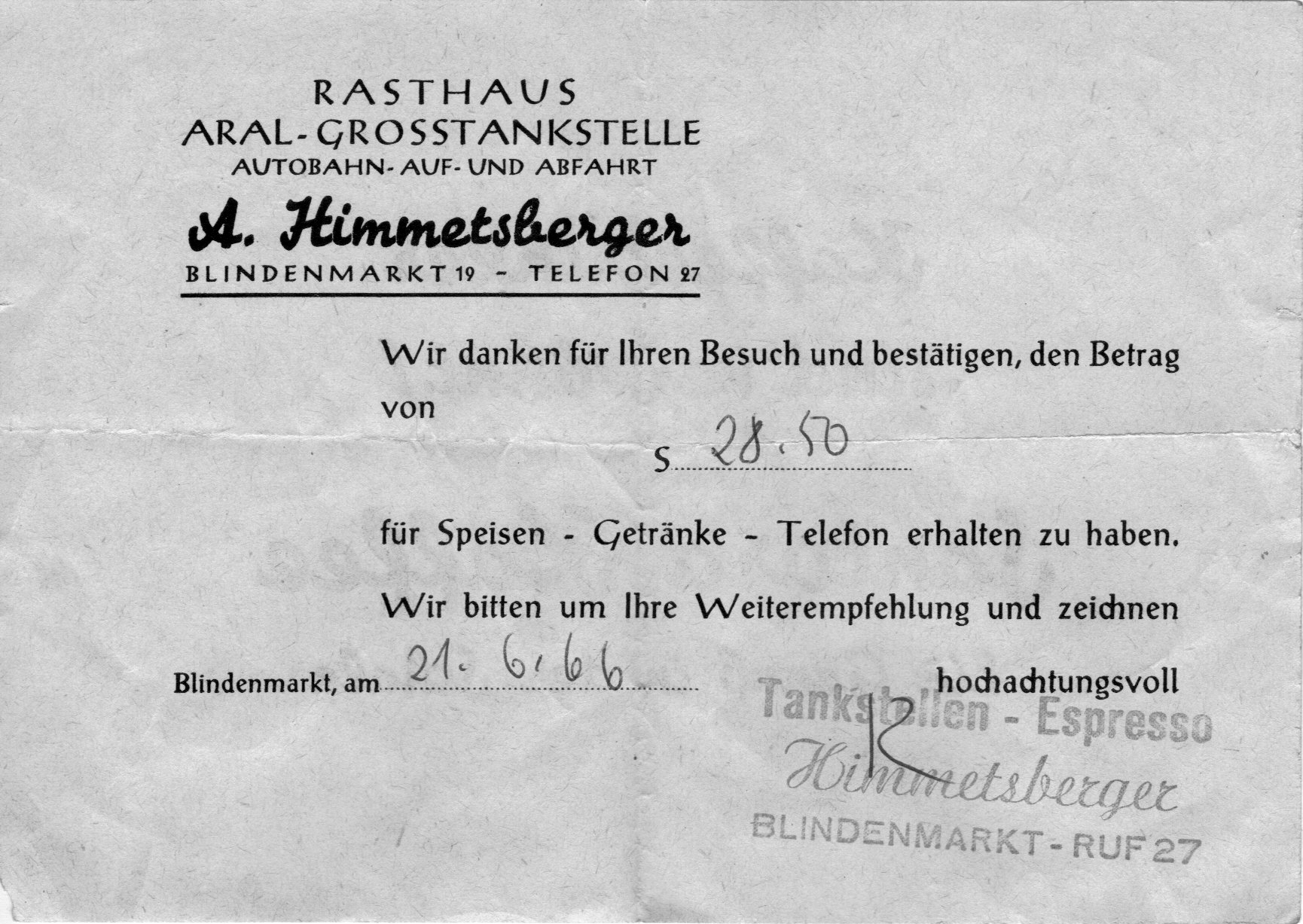 Where we ate lunch.

We drove on headed to Berchtesgaden, seeing much beautiful scenery. the Eagles Nest is located near Berchtesgaden.  We drove into the town – it was like driving on an Army base in the US. seemed as if everybody was in a US Army uniform. Not at all what we expected. So we drove on thru town.

Up the road we came to a town called Bad Reichenhall.  It was after 4 PM, so we were looking for a place to stay for the night.  Ed thought he saw a building on top of a mountain above the town. Joan was not so sure. we drove off the main road headed toward the Mountain. We could then see a cable with a cable car coming down.  We found the bottom of the cable car lift. 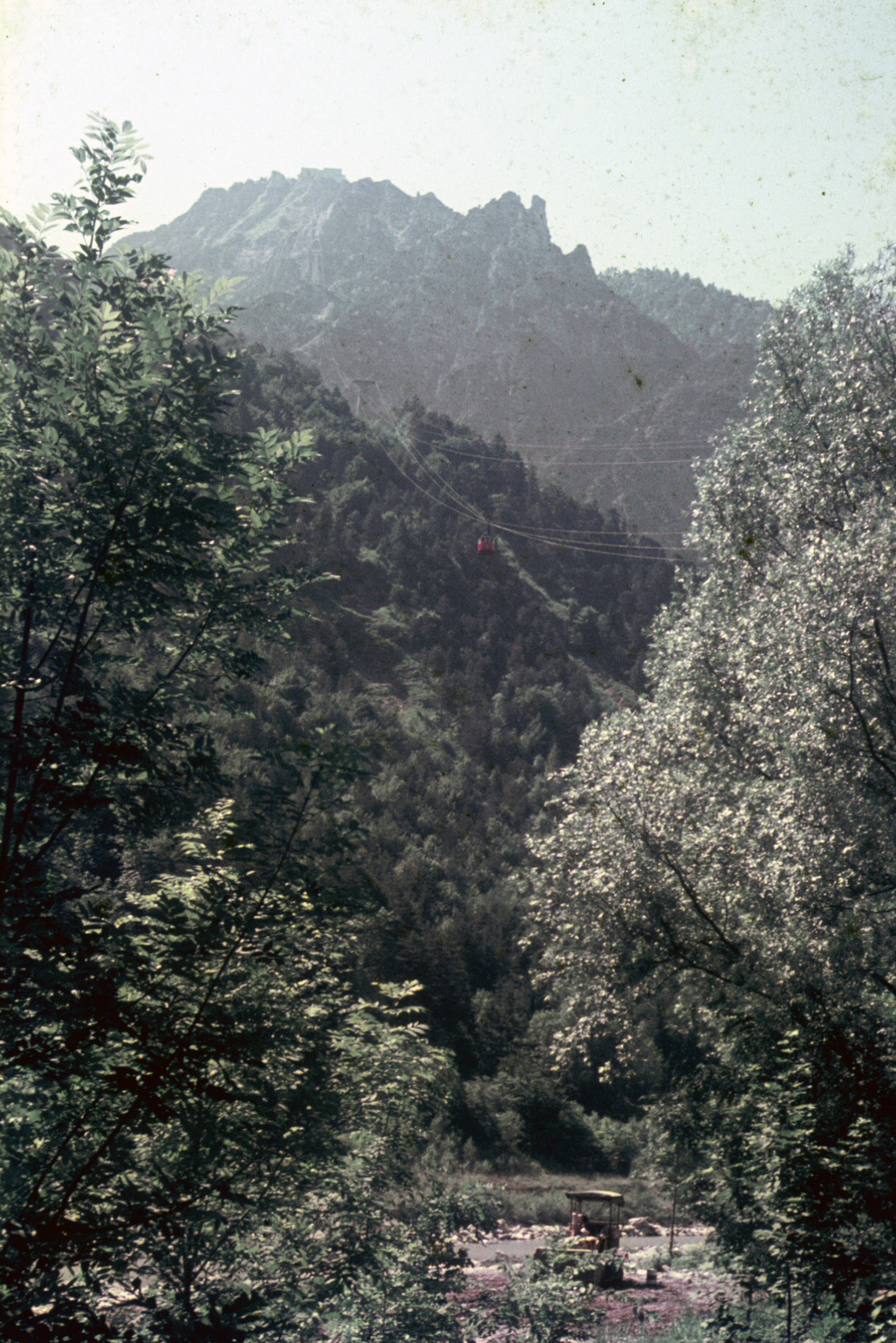 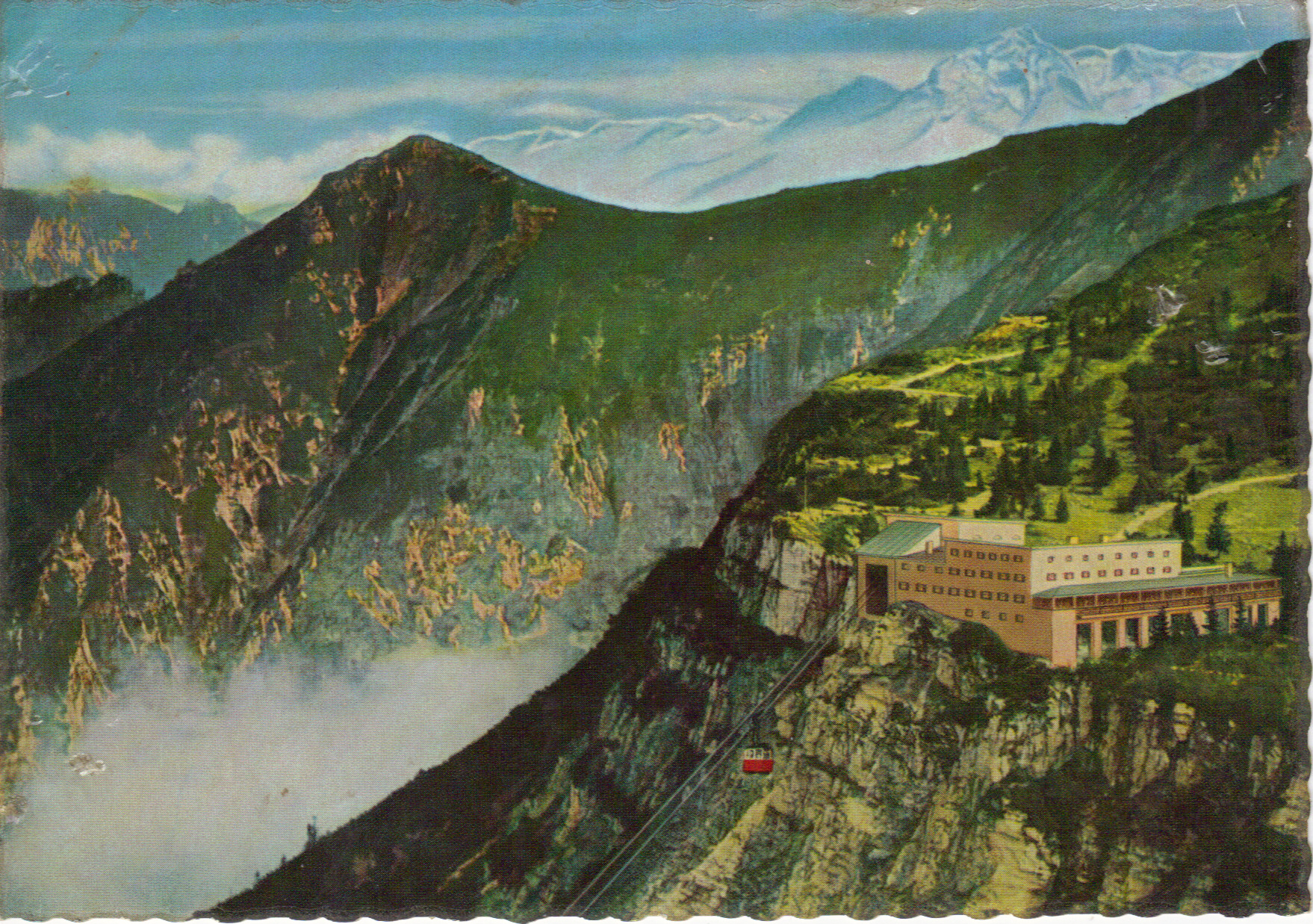 Joan was worried about her acrophobia and how the cable car ride would be traumatic.  But she agreed to try it. 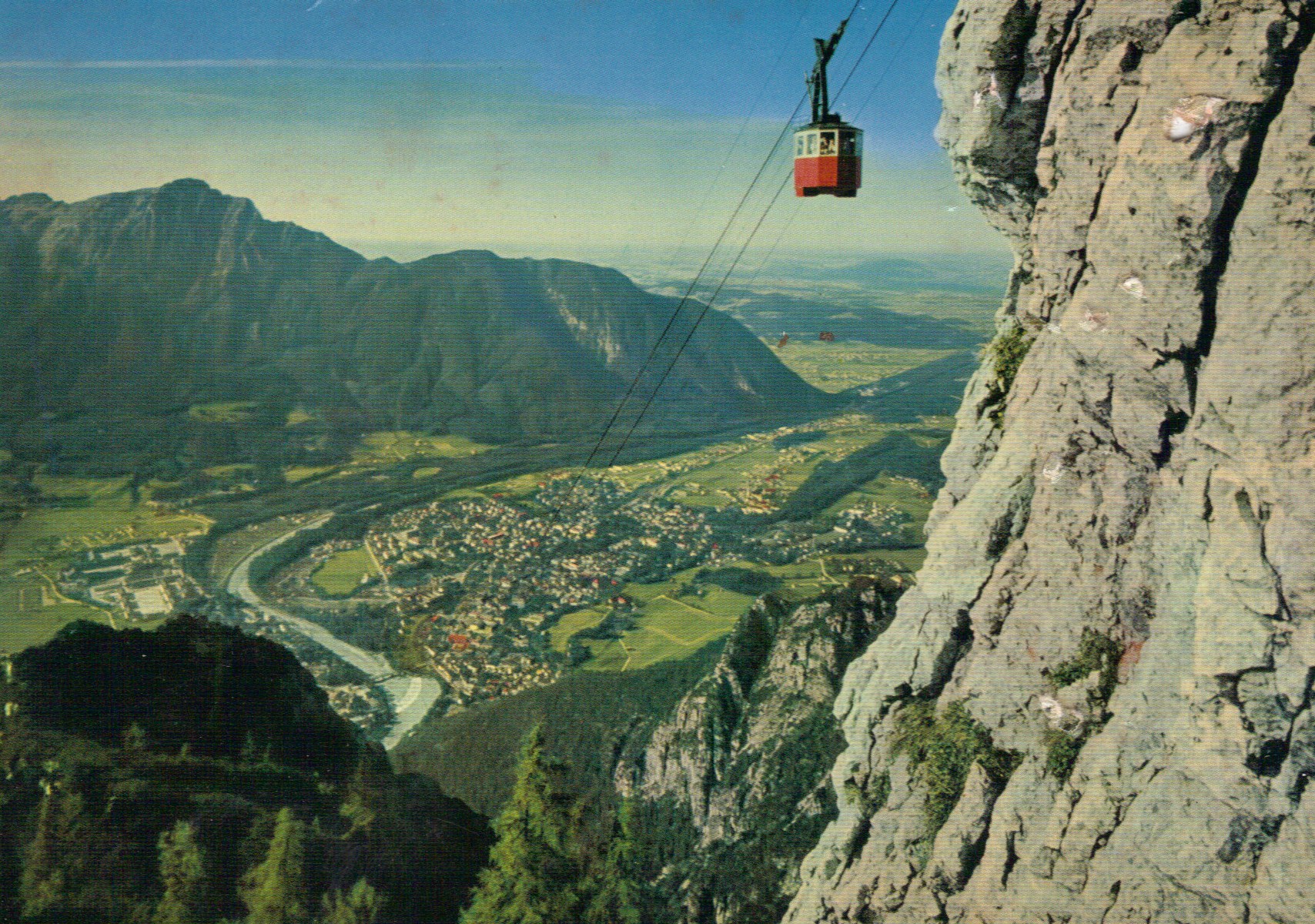 The operator told us that the cable car would be shutting down in 3o minutes and that, yes there was a Berg hotel at the top, but that it was closed for the season and did not take Americans.  Seems the US Army had taken over the place and it had been really trashed.  the owners finally got it back after a long political battle and had only recently finished restoring it and repairing the damage done.

We went up (with our suitcases) anyway.  Joan liked the ride, but stayed toward the center of the car. 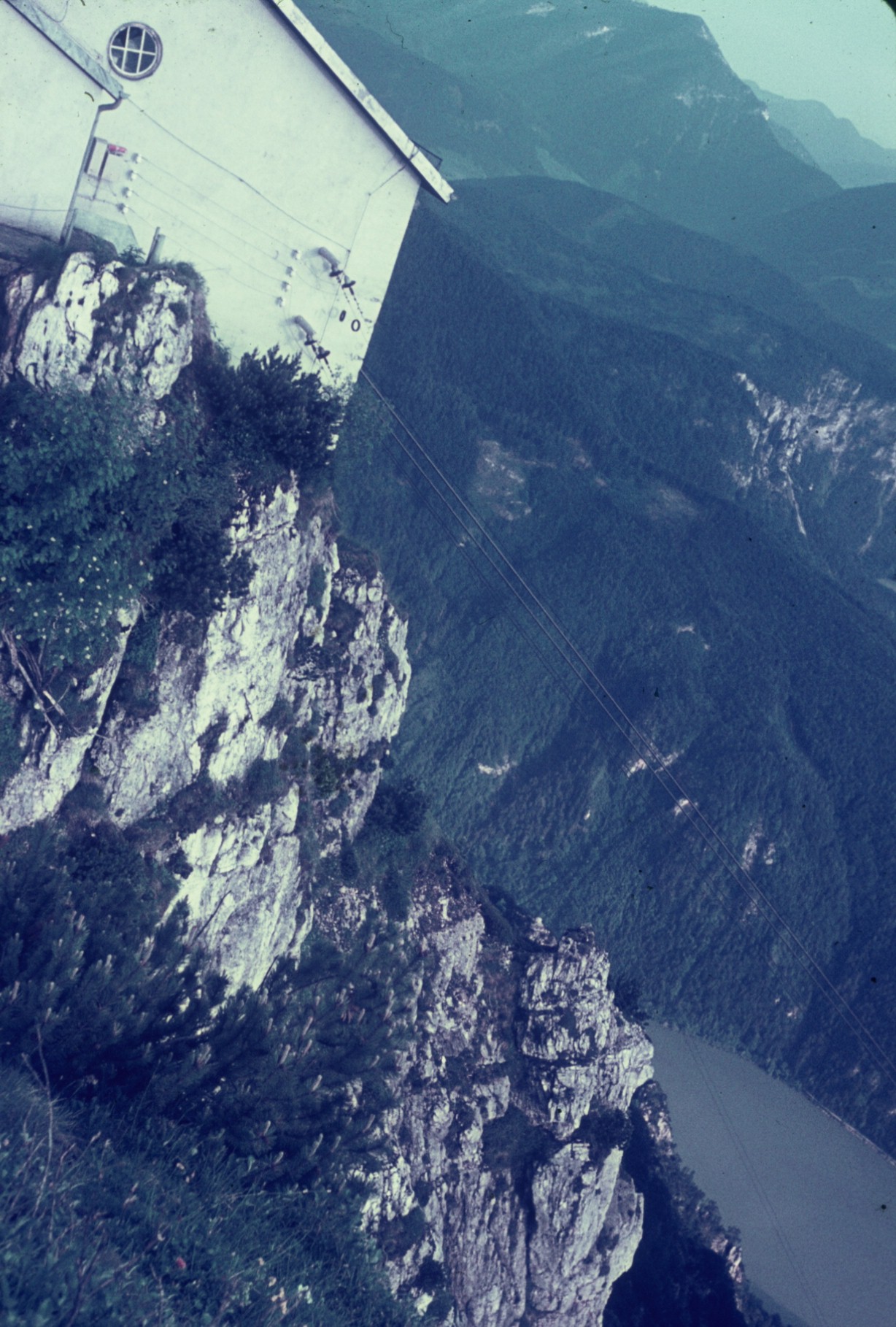 We were met at the top by the man and woman who ran the place.  We explained that we were on our honeymoon and that if possible we really would like to stay there.  They explained that the dining room was closed and we would have to eat what they did, but that we could stay.

Supper was delicious.  Other than the owners, there was an elderly German Countess (who did not speak English until late the second day), and us.  Our room was really nice with a great view. 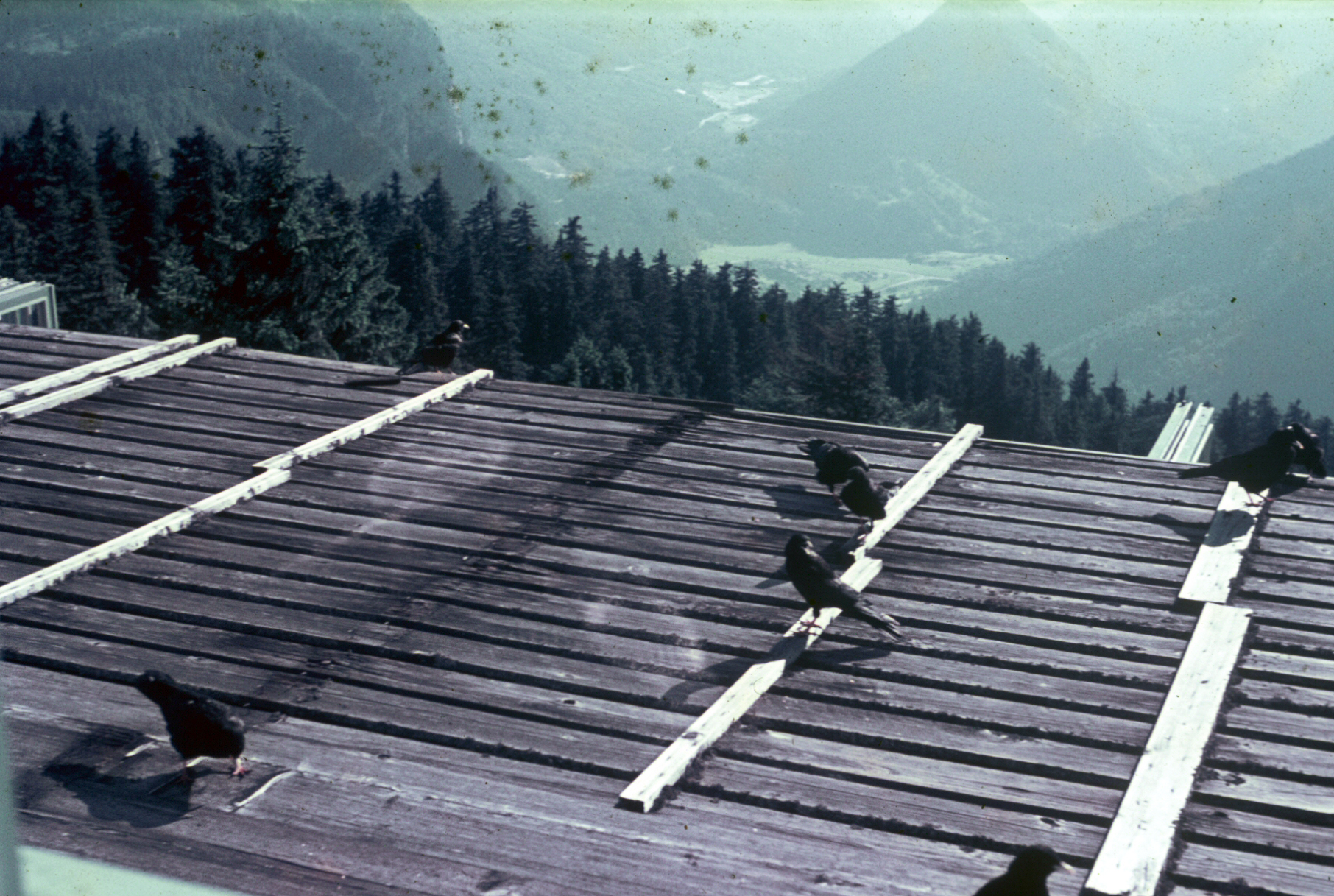 That picture is from the dining Room, not our room. 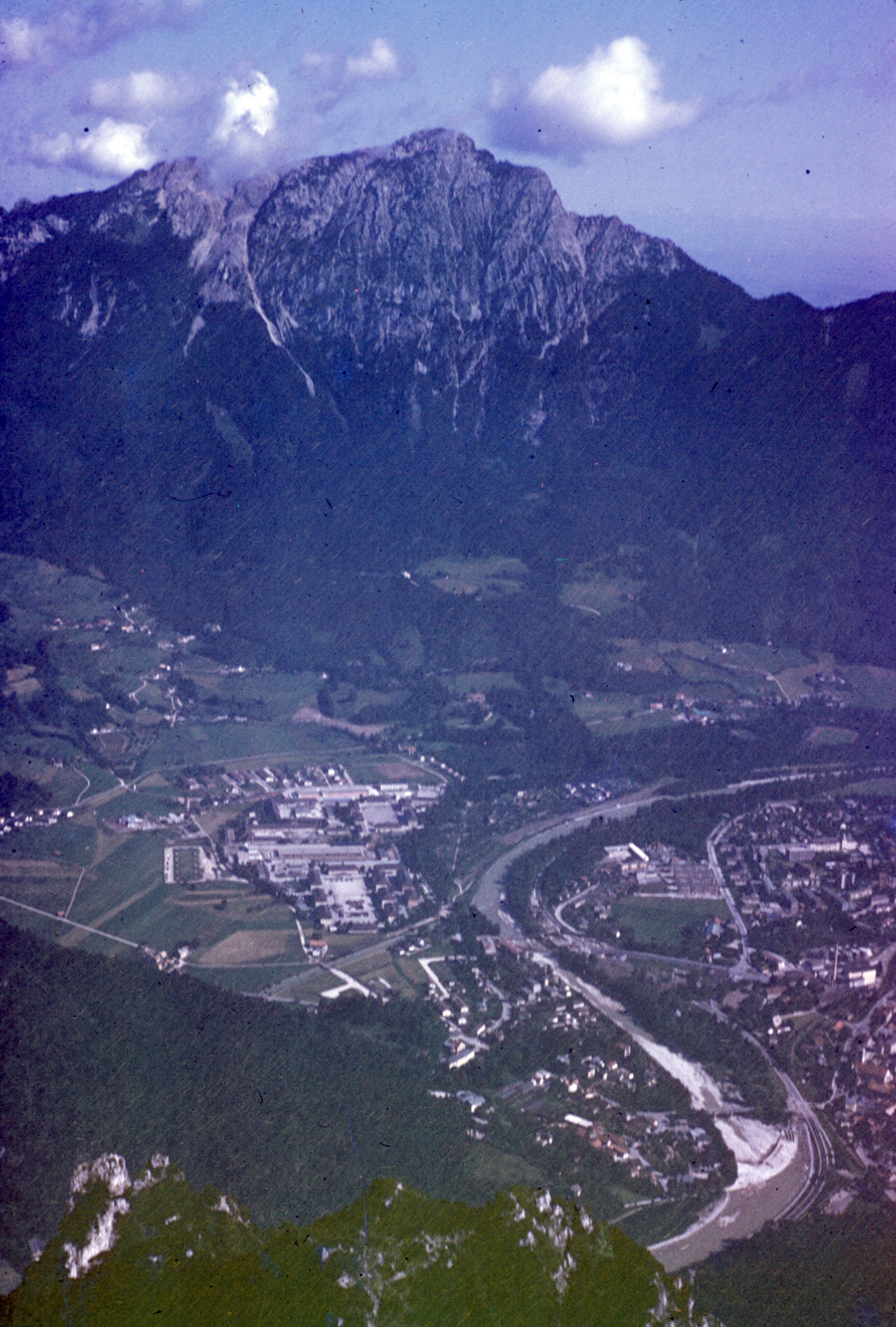 View from Window of Our room 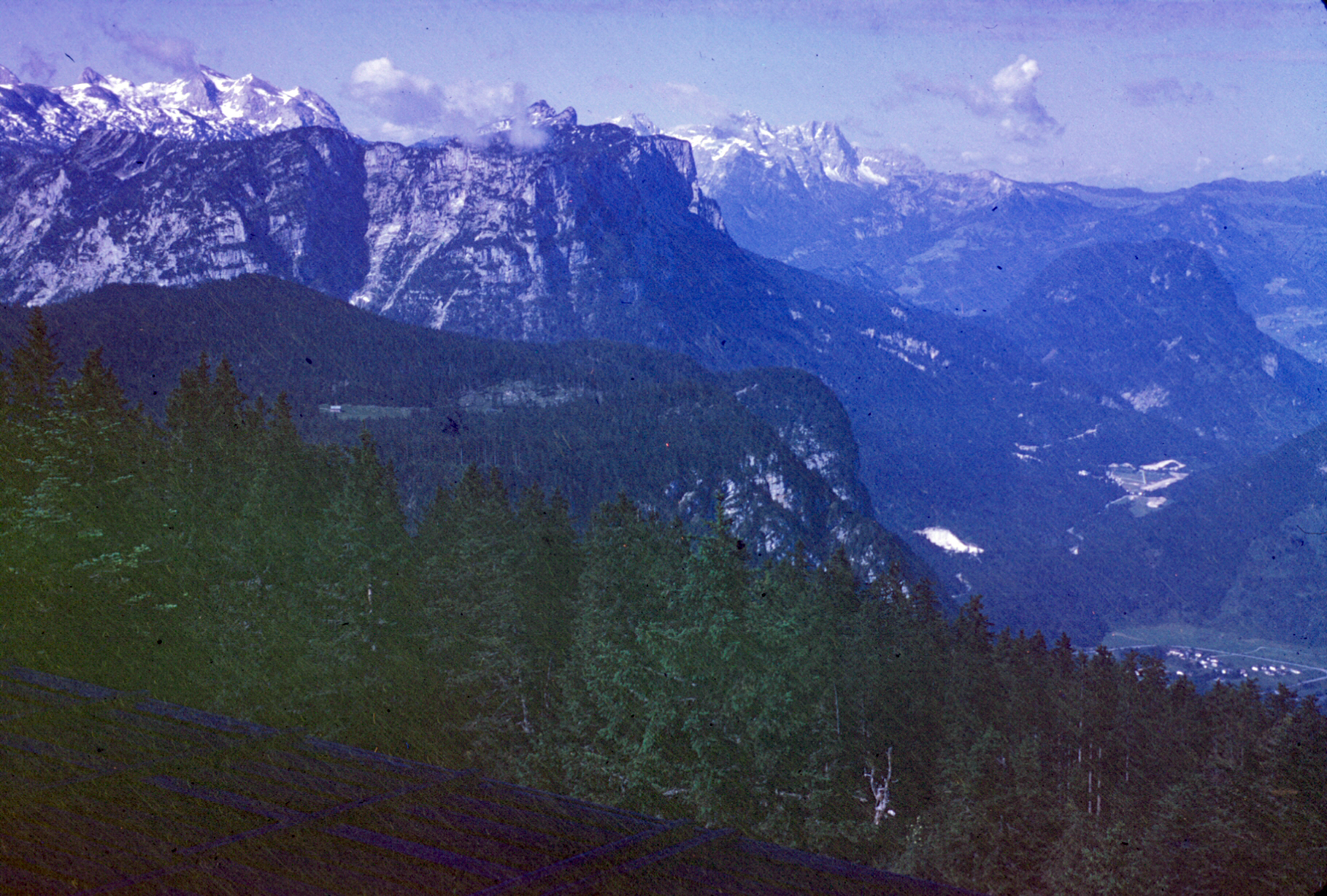 Sun down from our room 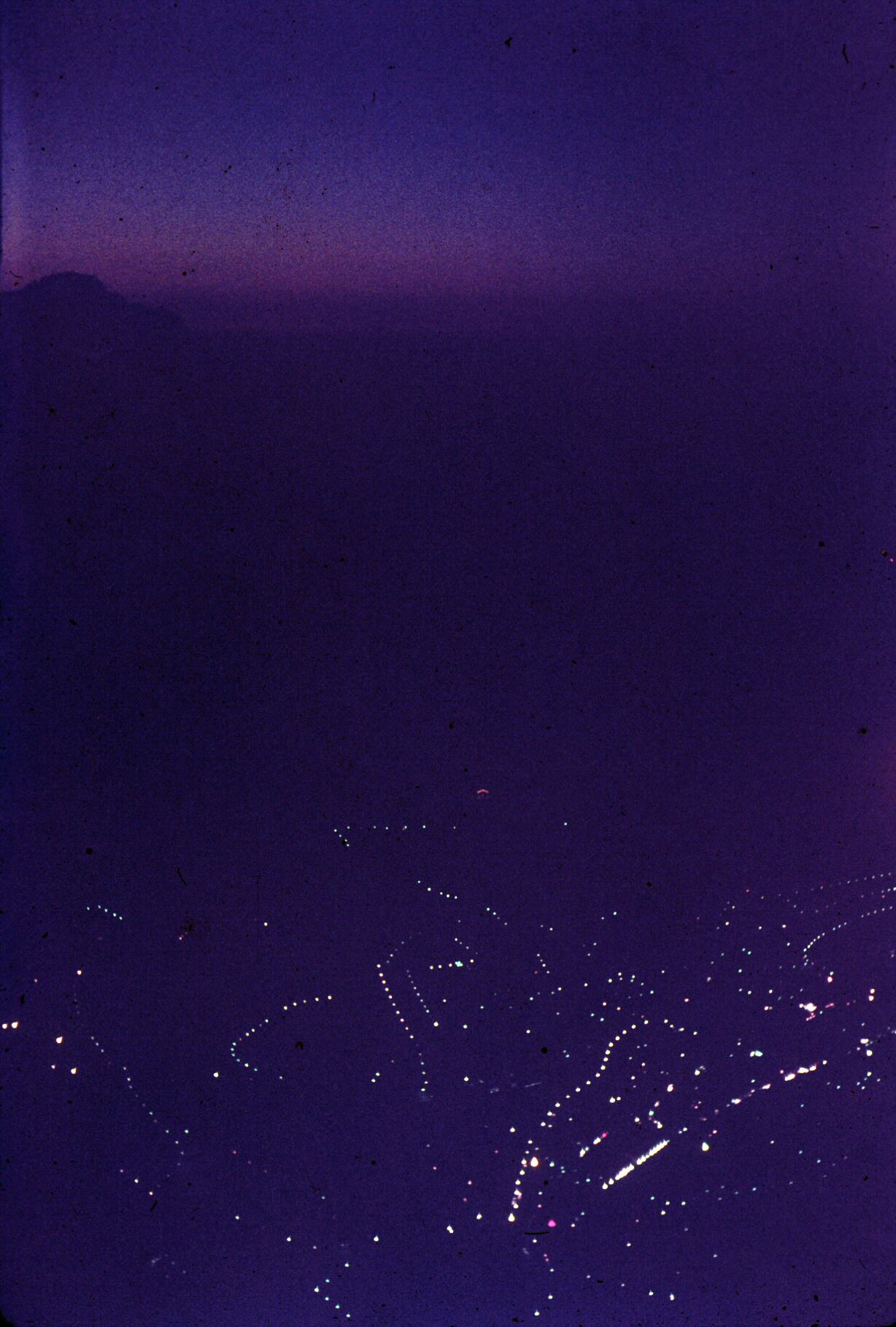 The sun has set - view from our room

The owners advised us to get up early to eat the next day.  They said the mountain top was beautiful in the early morning, but about 8 AM the day campers and hikers would start arriving and until they thined out hiking on the mountain trails that it would be crowded and chaotic in the nearby area. (They were correct).

So after a good day we went to bed early and prepared to get up at sunrise.