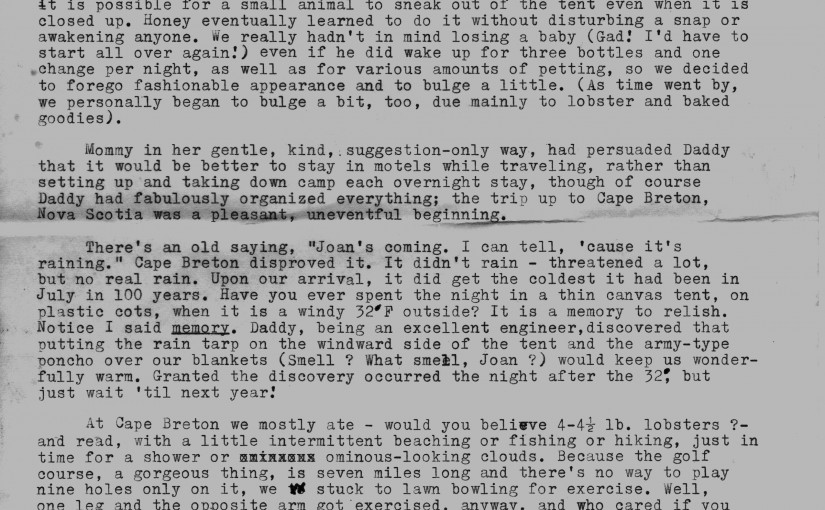 Ed tried to take a month off and go where there were no telephones. So we would go camping in Canada.  Joan wrote this story about this camping trip.  It has been scanned and is shown as Joan wrote it on her Remington Portable typewriter (this was way before computers).  She had never shown it to Ed or anybody as far as he knows.

Joan did not mention the most memorable event that Ed remembers happened during the trip.  On July 20, 1969, while we were camped in the Little Hump-Backed Tent at Fundy National Park we listened on a portable radio (it was very late at night) as man landed on the moon for the first time and Neil Armstrong set foot on the moon.

« A Memory Story by Joan
In those days we went to Canada every summer and camped. we would go to Fundy National Park for about 2 weeks and then to Cape Breton National park for another 2 weeks. On this trip while at fundy wel listened on a portable radio to the broadcast of the first moonlanding. »