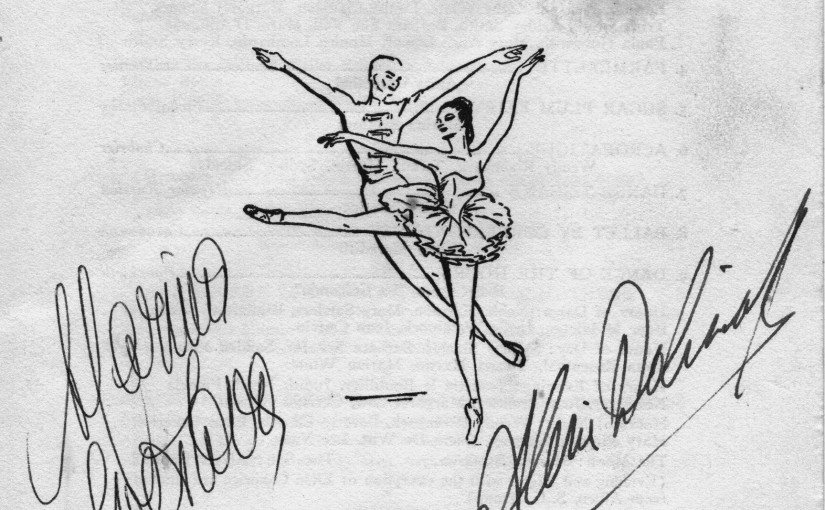 The was Joan’s first ballet performance in Augusta, and the only one I have found the program for.  I found out from a good, long time friend of Joan’s – Jean Corley (now Jean Corley Wix) – that Joan moved to Augusta from Louisiana in 1954 (exact date unknown but after May 20th), early enough in the year for her to have started taking ballet from Dolinoff.  Jean met Joan a short time after Joan moved to Augusta.  Joan was 11 years old (so it would have to have been after May 1954) and Jean was 10.

Joan took Ballet in Augusta from Alexis Dolinoff and at the time of this performance she was 11 years old.  Here is the Program.  I could not find any pictures to go with the program, but it is good background. Sorry but I somehow screwed up the order of the pictures and cannot figure how to get them in order, but just go from the last to the first and forgive me.

Marina Svetlova is the Dancer in the picture.  Joan remembered her and thought she was a good teacher and role model.  Apparently she and Dolinoff became good friends when they performed with some of the same companies.  You can Google Marina Svetlova and Dolinoff to get a lot more details.  She died in 2009.