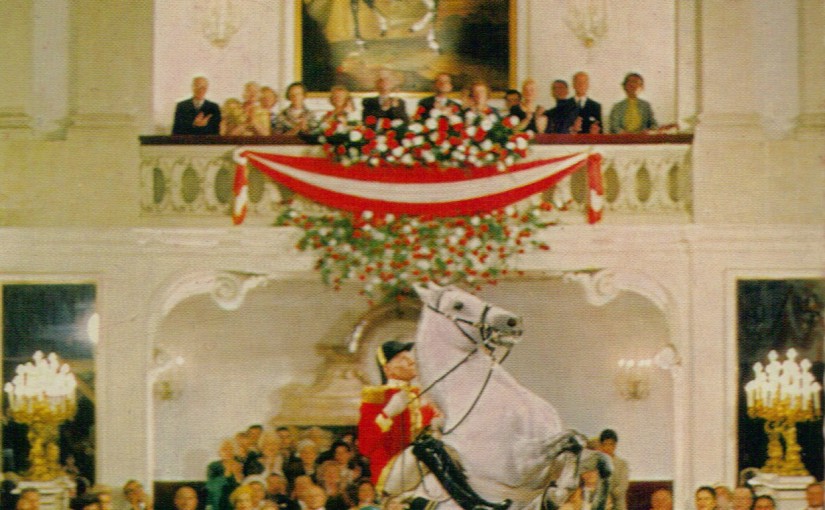 We got up really early and followed the little old lady from Pasadena’s direction.  They led us to an opening in what seemed to be a featureless building.  A few feet inside the opening was a normal sized door.  We waited until the specified time and knocked – by then there were over 20 people behind us. The man who opened the door asked what we wanted and we told him we were on our Honeymoon and my wife had always wanted to see a performance, but they were sold out and we hoped to see the dress rehearsal.  He smiled and asked us to follow him.  He led us to a balcony and seated us in the front row center. In the picture below you can see the two people seated in these seats – they are dressed as the Emperer and Empress. that is where we were seated. 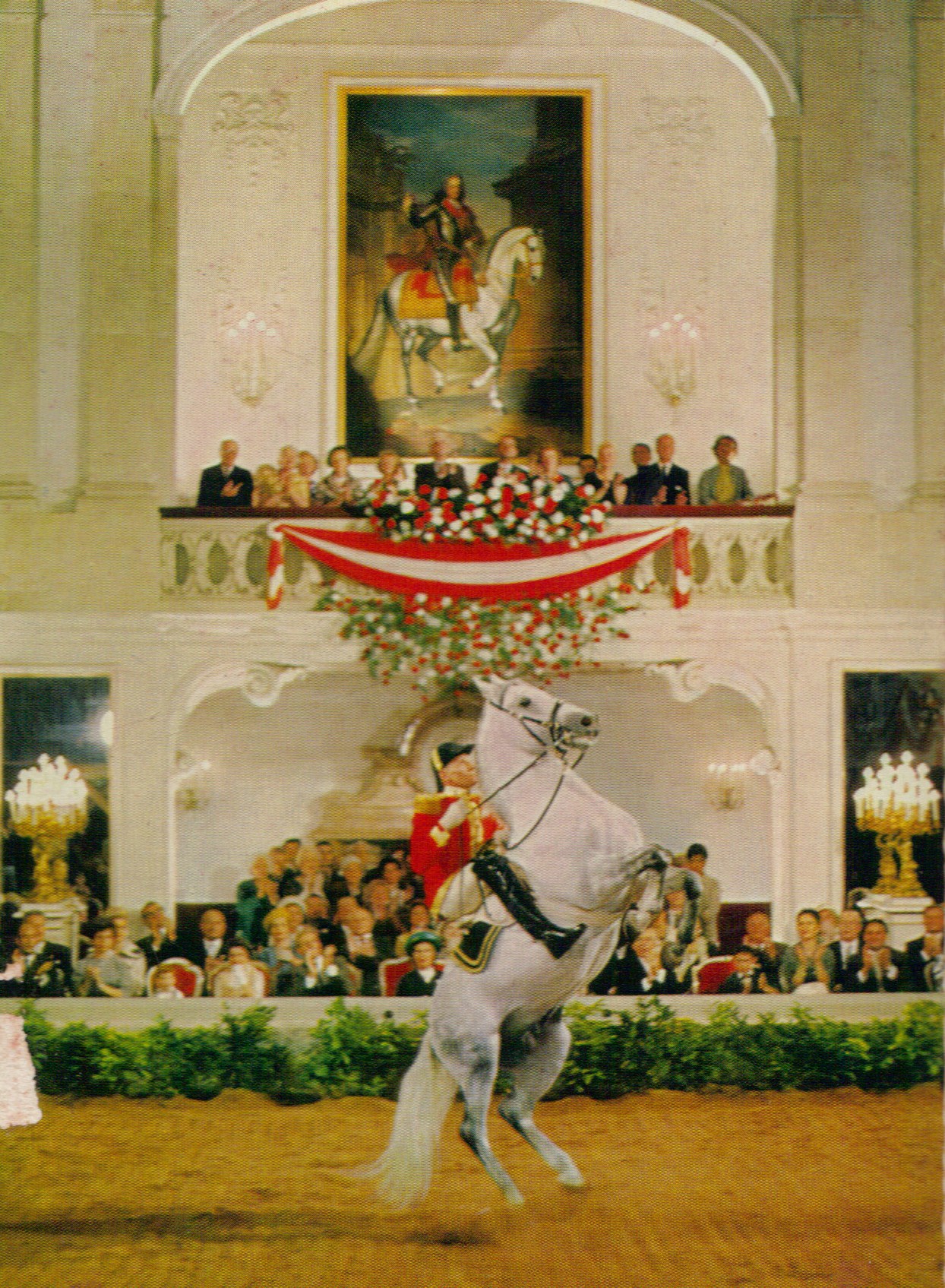 We sat in the front row center, Emperor and Empress seats

After we were seated some other people came in so I think there was probably more than one person screening peopl at the door.

The performance was great. Below are some pictures – I di not take them. 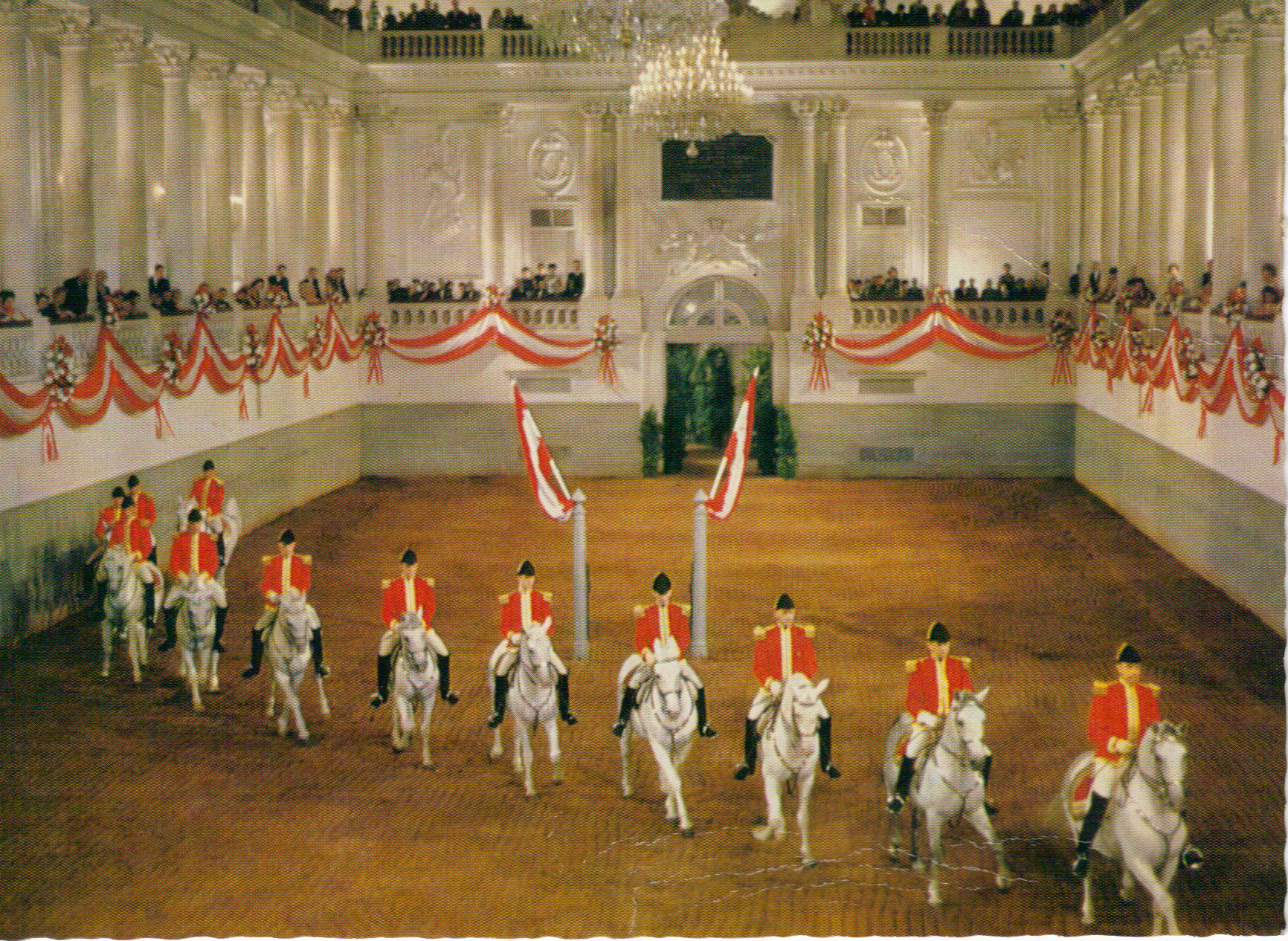 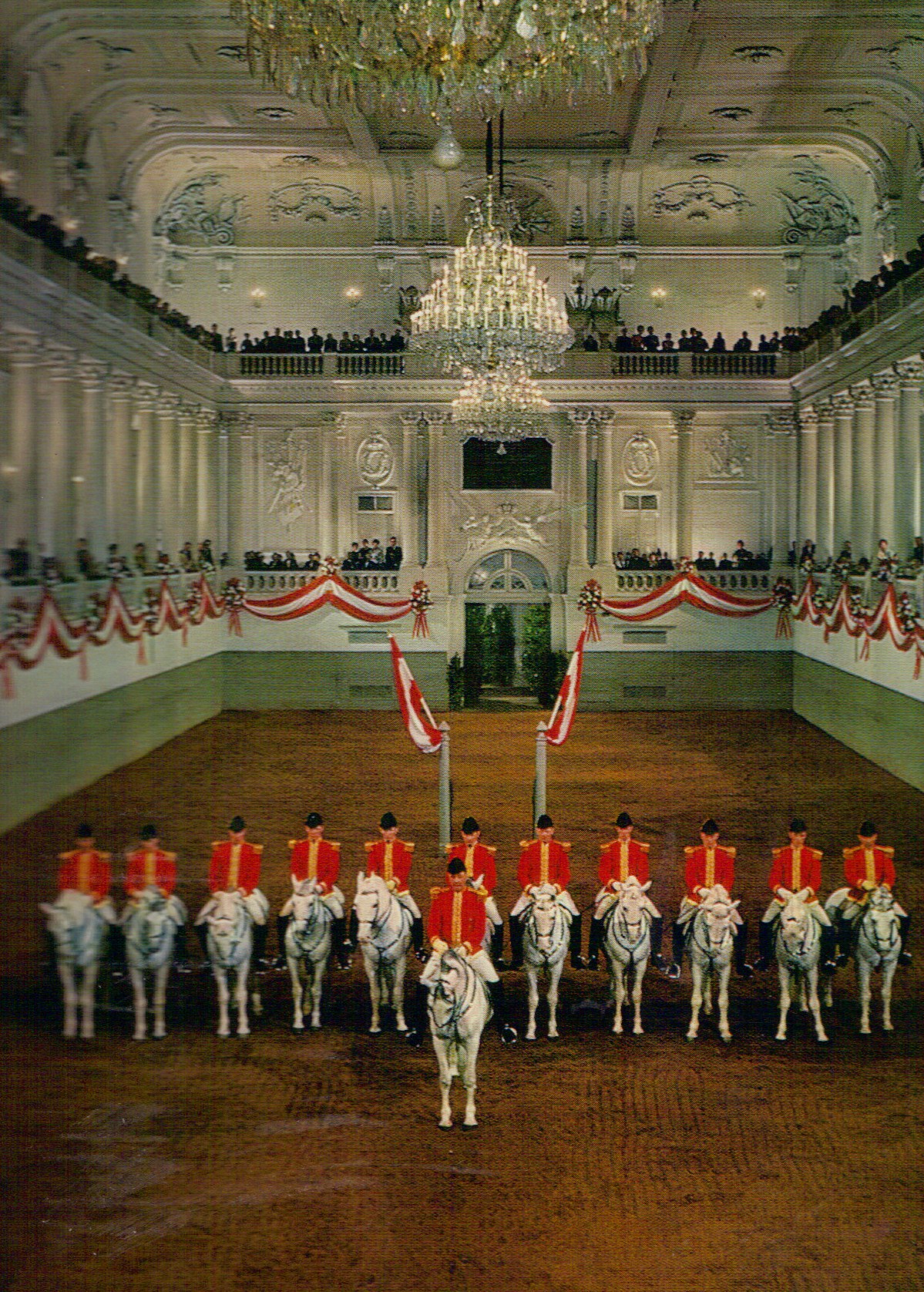 We got to see a real Performance when we went to Vienna in 1972. Ed went to the last International Conference on Peaceful Uses of Atomic Energy in Geneva.  After a paper the first day we took off and toured (that is later in the flow).