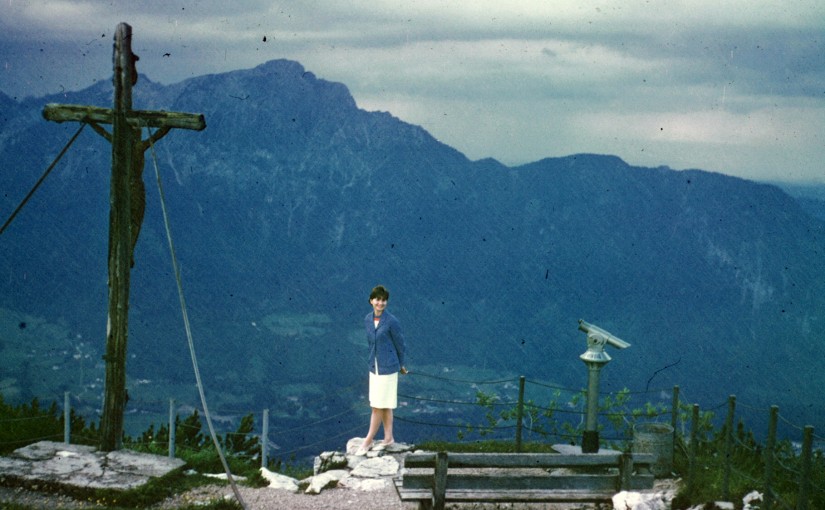 We were woke up a little after sunrise by the sound of the cable car arriving. We got up and dressed. At the time we thought we would be moving on after spending the morning atop the mountain. We went down and there was a Continental Breakfast with coffee and boiled eggs. The cable car had brought up fresh bakery stuff. Seems that the day campers eat in the dining room so it gets well stocked every day.

We went out to explore the Mountain top.  The hotel is perched on a ridge that goes along the border between Germany and Austria. the path is really long – both ways. Germans like to walk. So we walked. 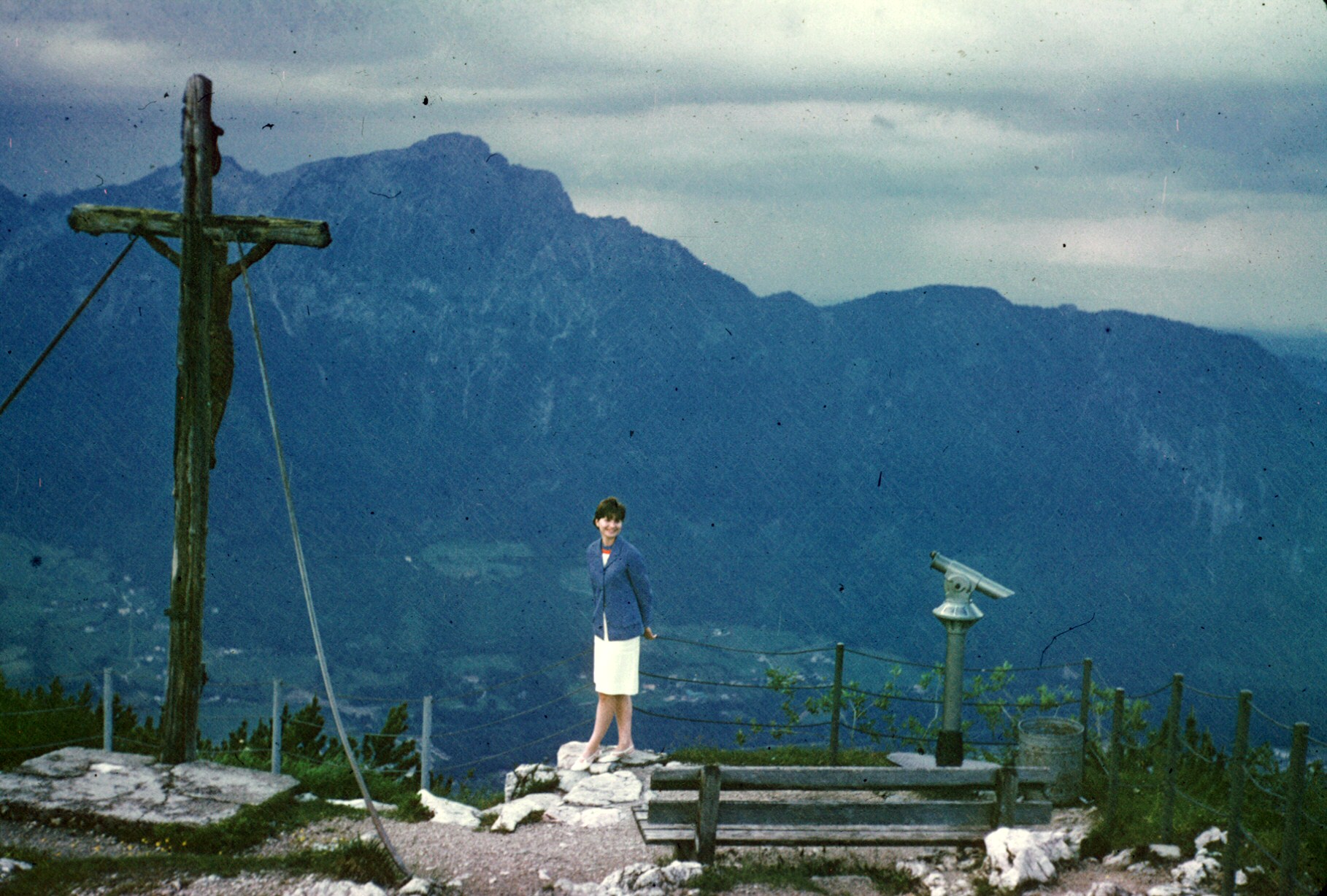 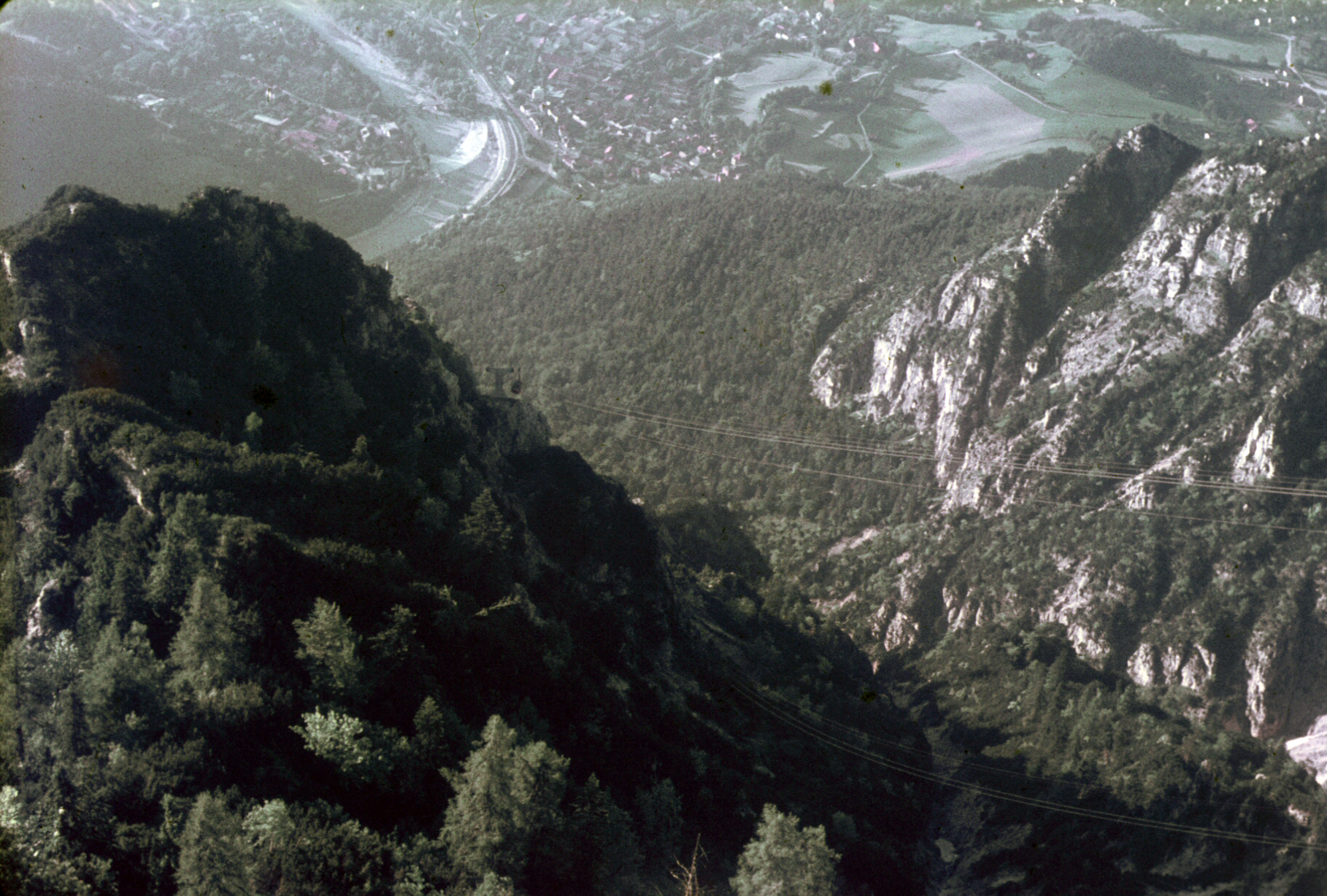 View from room. You can see the cables for the cable car. 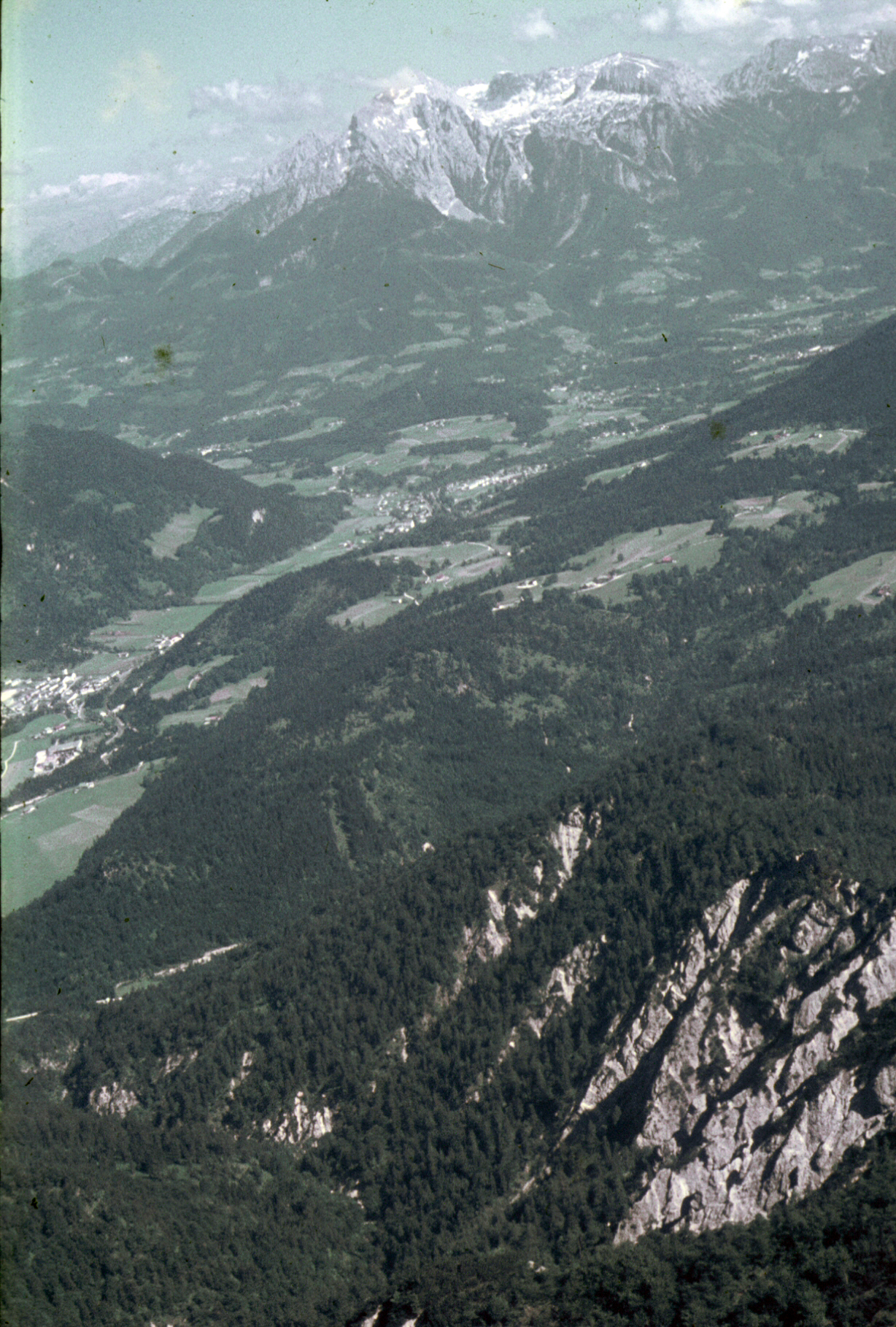 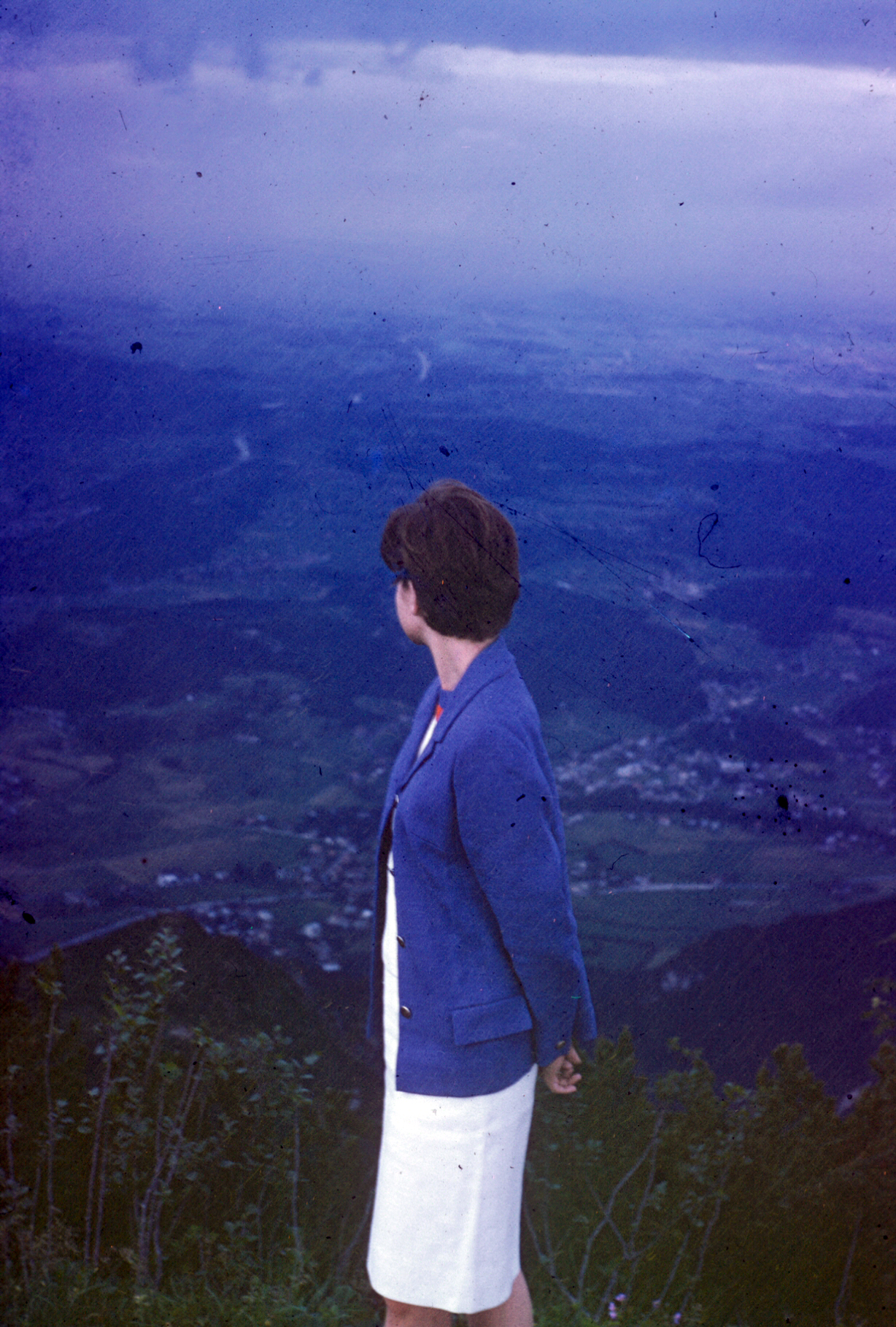 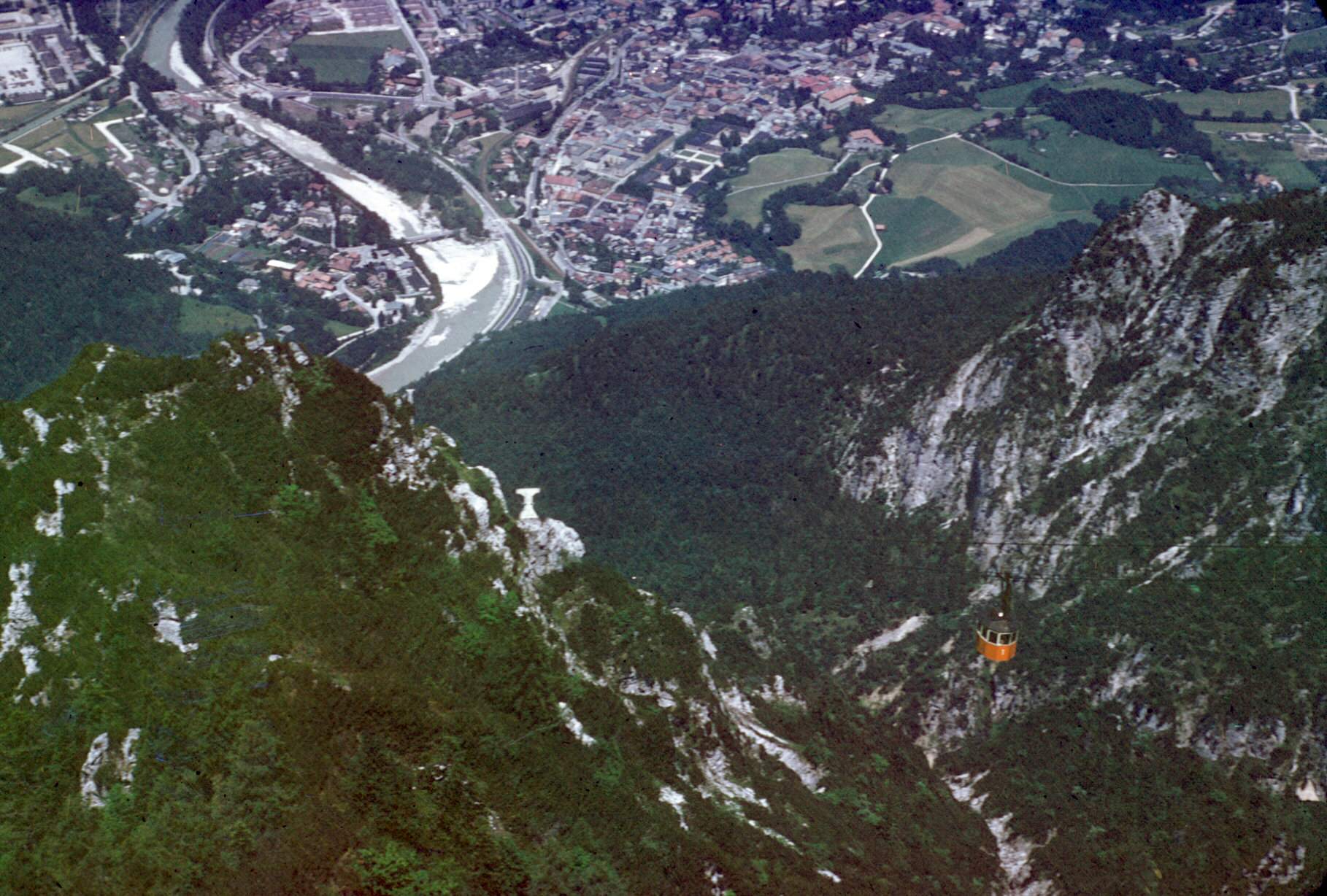 By close to noon time we had decided that we wanted to stay here longer, even if it meant not stopping at some places we had planned to and driving longer days.

By this time Joan had charmed the owners of the hotel and they had decided that we were acceptable people. They readily agreed for us staying longer.

We took the cable car to the bottom, drove into Bad Reichenhall and explored the town. It was very picturesque. We learned that almost every town had its own traditional dress.  We got one for Joan with the shopkeepers doing altering tailoring “soon”. That gave us more time to look over the town. We ate, we bought some engraved crystal, which we still have in the cabinet by the front door to our house. Joan tried on the dress it fit perfectly. We still have the dress – it has been periodically dry cleaned and kept in plastic bags, so is in like new condition.

We then went back up to the hotel, leaving the crystal in the car. we wandered around the mountaintop some more, returned to eat and then to bed. That is why some of the pictures above look as if they were taken near sunset – they were.