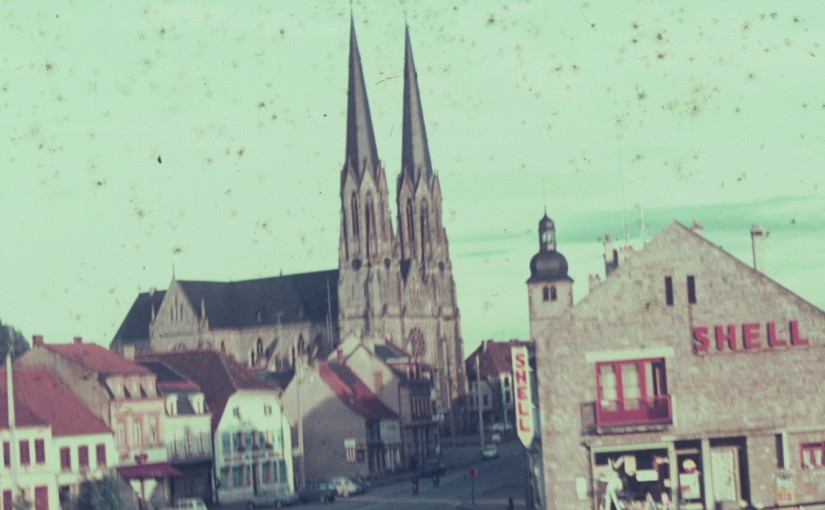 We had breakfast and an early start.  Could not keep track of what country I was in, so when I stopped for gas I had to show the attendant the currency and let him pick what was acceptable.  then we had to figure the conversion rates. I think they were honest.  Nobody would take Austrian schillings – they would only work in Austria.

So we went thru Germany, France, a town called Strasbourg (it did  not seem to know if it was in Germany or France (maybe it was in both). 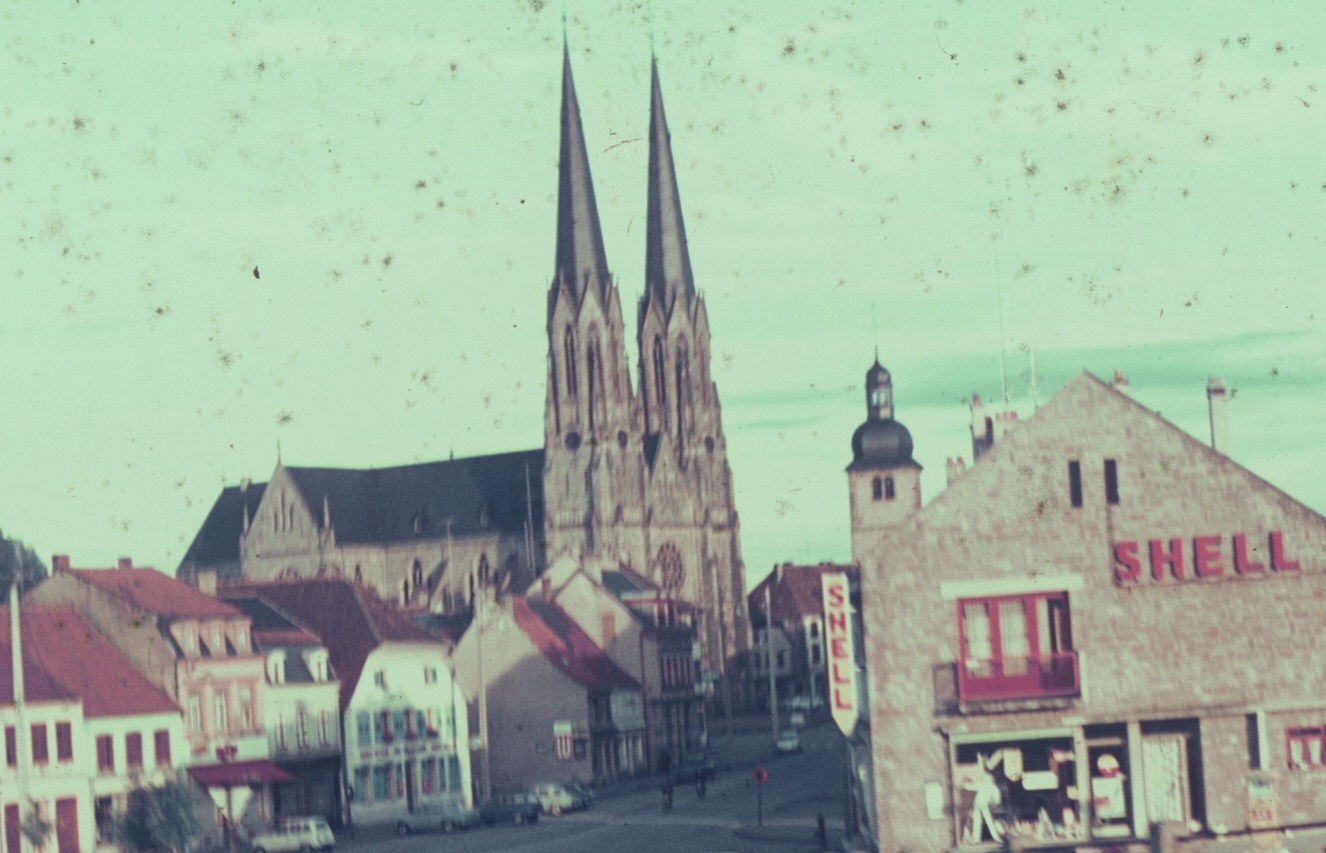 A Church in France

From there to Belgium. By this time it was obvious that we would have to drive all night and did.